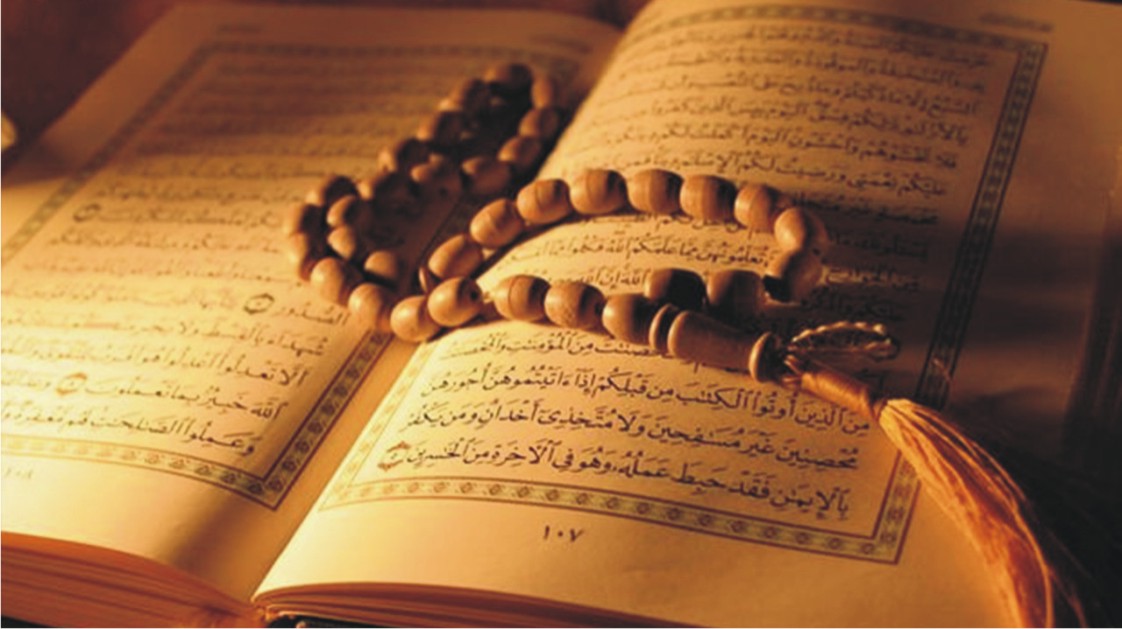 Words of Wisdom from our Prophet

Javed Hassan 0 August, 2021 6:44 pm
12 Levels of Friendship
The Prophet was a Teacher, Guide and Mentor
Three Men Locked in a Cave

Education should teach us to rely on Allah the Almighty for all our needs. We should also learn to judge people from their deeds and not looks.

In one of his words of wisdom, the Holy Prophet (peace be upon him) said: “Pray even when you don’t feel like praying. Prayer changes things. What do you want to change—difficult people, bad situations, low morale, or weak faith? Open your heart and pray sincerely. The Almighty is ever ready to listen, and He alone can answer your prayers.”
Education should teach us to rely on Allah the Almighty for all our needs. We should also learn to judge people from their deeds and not looks. That was how Abdullah bin Umm-Maktoum, a blind man, became the Governor of Medina based on his piety and sincerity.
All students in Britain are taught and treated differently, irrespective of their color, race, or religion. They are also encouraged to pursue higher education, says Asif Iqbal, renowned international cricketer, originally from Hyderabad but now settled in London for over a decade.
“There’s a curriculum which is followed. Based on a student’s performance, they are guided to act accordingly,” he points out.
The biggest challenge for any teacher is capturing a student’s attention and conveying ideas that impact. “The roots of education are bitter, but the fruit is sweet,” says Aristotle, the renowned Greek philosopher.
Madrasa’s modernization plan could be two-fold in this regard. Besides the current curriculum, it should also include studying English, general science, and media literacy to widen students’ intellectual horizons.
Such an approach conforms with Islamic teachings calling on the believers to reflect on God’s Signs in Nature. For example, in SurahAr-Rad, verse.2, we are told: “Allah is He Who raised the heavens without any pillars which you (can) see. Then He established Himself on ‘Arsh (the Throne of authority) and subjected the sun and the moon; each one runs unto an appointed term.”
Similarly, ants show us the art of community living and the silkworm spinning threads inside its cocoon.We learnhow humble creatures with skills are looked down upon in favor of those with wealth and influence. The giant banyan tree, on whose branches birds build nests, teaches us how to help others.
There are numerous verses in the holy Qur’an citing Allah’s Signs in Heaven and on earth for men of understanding. Whether they are the marvels of His creation or evidence of His wrath in the form of earthquakes, volcanoes, sea and wind storms, lightning, and thunder. The Message, is loud and clear: a man should know that he will prosper in life here and in the Hereafter when he follows the guidelines laid down in the Quran.
But when he falls into the trap laid by Satan on the Path of Evil, it will lead to destruction. He will be dumb-founded when his own parts of the body testify against him as mentioned in Surah Yasin, v. 65:“This Day, We shall seal up their mouths, and their hands will speak to Us, and their legs will bear witness to what they used to earn.”
Here madrasas can promote Islamic teachings and creative thinking through science and technology. The modus operandi will be forming a skill set drawn from the faculties of Islamic study, science, technology, engineering, and mathematics to show the interconnection between the teachings of the Quran, Hadith, and the other fields mentioned above.
Bangalore-based NGO ‘Discover Yourself’ can produce a documentary that can help the youth become entrepreneurs by designing a dual-purpose mobile school-cum-clinic for students in backward areas.
According to Mohammad Aslam Parvaiz, author of several books on the inter-connection between Islam and science, Muslims in the past contributed to various fields of science by following the fundamental principles laid down in the Quran.
Their downfall began when they categorized the two fields. To bridge the gap, mobile schools can supplement students’ knowledge of Islam related to Allah’s Signs in Nature through documentaries or short-term courses. Mahatma Gandhi, in his autobiography, “The Story of My Experiments with Truth,” explains how his study of Islam and other religions benefited him.
“Thus, I gained more knowledge of different religions. The study stimulated my self-introspection and fostered in me the habit of putting into practice whatever appealed to me in my studies,” he observes. Ramesh G. Jetwani, founder of news service and once an NRI in the UAE, believes that NRIs and returnees from the GCC can mobilize their services online in education, healthcare, and other fields where such facilities are not available on the ground.
Such an initiative is possible under the umbrella of India’s Ambassador to Saudi Arabia, Dr. Awsaf Sayeed, who knows how to convert challenges into opportunities for growth through Indo-Saudi joint ventures in collaboration with the Indian expatriates. It will be a win-win situation for both countries.