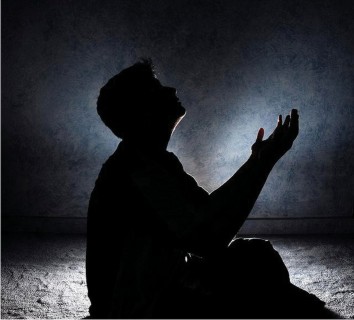 Three Men Locked in a Cave

Shaban Ali Nadvi 0 November, 2021 9:02 pm
The Prophet was a Teacher, Guide and Mentor
There is Welfare for Mankind in the Sea
Hajj 2021 Sermon

Many centuries back, three men set for a long journey. At night they found the sun setting. Ahead them was a cave. To stay in that cave was a better option for them. Hence, they entered it. Some moments later, a rock rolled down and closed the mouth of the cave.

They were frightened. The chapters of their lives were about to shut. The thought of staying inside for the rest of their lives made them stunned. They felt choked at each passing moment. Then a thought to escape jumped into their mind.

They remembered God as the only option to get out of it. So, they decided that each of them would cry and pray to God by referring all the good deeds they have done till the moment. They pressured their minds and scanned through it; they remembered the best of their good deeds to mention and pray through.

The Rock moves a little Bit

One of them commenced: O God! Nothing remains hidden from you. You know that my parents were very old. I always gave them the milk before my children, wife, and servants sipped it. Once it happened that I wandered searching for my goats. When I returned home late, I found my parents fast asleep. Still straining the milk and putting it in a glass, I went to offer them, hoping they must have got up; but they were sleeping. I didn’t give milk to any of my family members and preferred to stand the whole night holding the glass in my hand by their pillows. I waited the entire night until they woke up in the morning. I presented the milk, and they drank their share of the evening. O, God! If I did this only for your pleasure, please remove this heavy rock. Thus, the rock moved a little bit but getting out was impossible.

The Rock slips a little Bit

The second one prayed: O God! I had a cousin sister whom I loved the most in the world. Once I tried to fornicate her, but she denied it. Months slipped into years, and it was a difficult time when drought and poverty brought her to me. She said to me: “I am in dire need. I want you to help me” I gave her one hundred twenty golden coins, provided she met me in isolation and will do what I wanted. She nodded helplessly, and both of us met. As I was about to fulfill my Lucious desire, she burst out crying hoarsely. She said with her dry and trembling lips,” O man! I request you not to do this with me and fear the one who holds the whole universe in his fist and is watching from above” listening to this, I controlled my luscious thought and moved back while she was the most beloved to me. I even left those golden coins with her. O, God! If it was acted for you, help us remove the rock. It slipped a little bit but getting out was impossible.

They are Outside the Cave

The third one pleaded to God: O my Lord, the most aware of all my deeds! I had hired some labours. I paid them except the one who had left without taking his wage. Years went by, and he didn’t come back. By his wage, I bought camels, sheep, and goats that yielded many more profits. Now the number of animals has increased. And then he came and asked,” O servant of God! Give me my wage,” I said: take all these animals that are appearing in front of you. He was surprised and said ironically: are you kidding me? How could such a large number of animals belong to me? I said I was serious. All these belong to you. I explained the story, and he took away all the possessions. O God, if it pleased you, remove this rock and help us get out. Then the rock slipped entirely, and the mouth of the cave swung open. They came out and thanked God for having listened to their inner voice and accepting their good deeds (Al Bukhari)

What does this Story Teach Us?

What did you learn from this story? Why do our prayers mostly go unrewarded? Regardless of making Dua constantly, why do we get surrounded by the situations we don’t like? It’s because we don’t act things sincerely with our Lord. We simply follow the costumes as we see people doing since childhood. We don’t even know which of our deeds are accepted by God.

This story gets us to the point that we should do good deeds regardless of their acceptance or rejection. If we do good deeds for our Lord, we can refer to God as a source to make our prayers more resourceful and more assertive as those three men prayed through their best deeds. Good deeds are sure to benefit us hereafter, but they protect us from many things the destiny designs in this world.

The prophet Muhammad (Peace and blessings be upon him) said: Prayer is the essence of worshipping. God bestows everyone, but we don’t know the manners and ways whic h suit to convince Him.