God Wouldn’t Be Pleased, Would He?

Islamic Voice 0 June, 2015 12:00 am
You Get What You Give
Thoughts After Ramadan
When Religion Becomes a Fetish

If making God happy by doing His will, is the fundamental purpose of human life, our continued mistreating the earth as a ‘resource’ to be plundered, and not a gift to be nurtured, isn’t, you can be sure, going to make God happy at all! 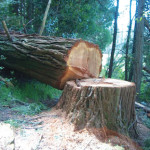 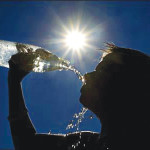 Suppose you save up your pocket-money and buy a gift for your best friend, and the next day you spot it crumpled up and dumped in the garbage bin in your friend’s house, how would you feel? Awful, I bet! Shocked, sad, upset, angry and let-down? You certainly wouldn’t expect your best friend to treat your gift in such a shoddy manner. In less than an instant, he’ll turn into someone you just love to hate. You might not even forgive him for the rest of your life. You’ll insist that he’s an utterly miserable, ungrateful, rude, mean and slimy wretch. In insulting your gift, he’s actually insulted you, you’d fume”and you probably wouldn’t be wrong.
If treating a little gift like that”it could be a T-shirt, teddy bear or a pencil box”is such bad manners, imagine how it would be if someone gave the whole wide world to you in custody, hoping that you’d take good care of it, but you did just the opposite. Instead of taking care of the earth’s forests, you felled them all down. You dammed up all the earth’s rivers, hunted down all its animals and birds, filled the air with smoke and poisonous gases and dug up the earth to rob it of all its minerals, pock-marking it completely beyond recognition. Forgetting that this world was given to you simply to take care of and not to control as you pleased, you went about building high walls between warring nations that you constructed all across the earth, leaving not even an inch of land unclaimed by any country. Within each nation, you parceled out bits of land to individuals, everyone of who began jealously guarding the little territory that they were led to imagine belonged to them, forgetting that the real owner was the someone who had made you the earth’s custodian. Then, you went about convincing everyone that the reason why they were in this world was to consume as much as they could”that was what ‘development’ was all about, you told them. The more they owned and consumed, the better off and more ‘developed’ they were, you managed to get them to believe. Very soon, they joined you in raping the earth, gobbling up all its resources”for everything that they owned and consumed”from the water they drank, the food they ate and the clothes they wore to the mega malls that they shopped in and the fighter jets and nuclear bombs that they used to kill each other with”was derived from materials provided by the earth.
Imagine how sad that someone who had gifted you the earth to look after as a custodian would feel on seeing his gift being treated in such a shoddy manner! Imagine what he might think of you! You’d definitely not expect him to be pleased, would you?
This is no empty speculation or imaginary hypothesis: It is precisely what God must be feeling right now, seeing human beings, to whom He’s given the earth to take good care of, plundering it in their mad race for ‘development’ and ‘rising GDP’. In treating the earth and all that it contains as we do, aren’t we behaving no differently from someone who dumps into a garbage bin a precious gift given to him by his best friend?
Each time we consume something”even if it’s a glass of water or a new shirt or half an hour under the fan”we are depleting God’s earth, which He has appointed us to take good care of, of some of its resources. True, we couldn’t survive without using some of the earth’s gifts, but when we remember that the earth isn’t ours to do just as we please with, but, rather, something given to us by God, its owner, to lovingly look after, might we not be led to be more careful in how we use it? And if we keep in mind, as the great souls in every religion have reminded us, that we have to give an account of all our actions to God once we return to Him after our brief visit to Earth, we might be reluctant to continue frantically looting the earth of its God-given riches. We wouldn’t want God to think we are greedy, irresponsible bad-mannered, would we, destroying the beautiful earth that he’s given us to carefully look after in our mad craze for insatiable, non-stop consumption?
If making God happy by doing His will, as the religions teach us, is the fundamental purpose of human life, our continued mistreating the earth as a ‘resource’ to be plundered, and not a gift to be nurtured, isn’t, you can be sure, going to make God happy at all! Our frenzied brutalizing of the earth in our obsession to consume more, defeats the very purpose of our lives. That’s something we will have to answer for when we meet the One who has appointed us to look after the earth during the brief period that we sojourn here. What answer do you think we might give Him? We wouldn’t like to stand tongue-tied, with our heads bent in shame, would we?