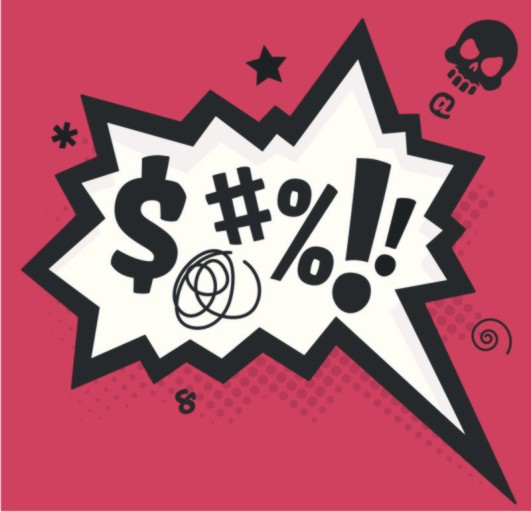 Standing at the gate of my house, I heard two young boys in a group quarreling with each other, or so it seemed to me. They were freely using abusive words (gaalis) on mother/sister, unprintable.

But I realized soon enough that they were not quarreling. It was friendly banter but mixed with expletives and sometimes even accompanied by a slap on the back. It seems it has become a habit for them to speak thus.

For quite some time now, I have been watching the language of young boys in the age group of 10-20 years in Muslim-dominated areas, and I get shocked to hear the filthy language in day-to-day conversation. Every sentence they utter is either preceded or succeeded by foul words about the private parts. Some of the boys are school drop-outs, but many of them are school or college-going. Even small children, while playing, use the exact detestable words without understanding the horrible meaning of such words.

It is not surprising why they use such language uninhibited. The tongue of the father is no better. Thus, the cycle continues. These boys will grow up, get married, and have children who continue the bad precedent again. Sometimes the mother can also stoop low and will freely use foul words. In the first place, we have corrupted the sweet Urdu language in our local dialect in Karnataka, and if that was not enough, this heavy use of expletives. My late father used to say that in the Lucknow of 1940s, a Tongawallah would quarrel thus: “aap qamosh rahiye warna hum aap ki shaan mein gustaqi kardenge”. Imagine how the elite would have conversed if an ordinary person could speak with such subtlety.

But things have changed everywhere. The English-speaking youngsters and even adults freely use the ‘F’ word, ‘shit,’ ‘bloody’ etc. These words are commonly used in Hollywood films nowadays. At one time, the use of the word ‘damn’ was considered profanity. In the 1939 film “Gone with the wind,” based on the novel by Margaret Mitchell, the line “Frankly, my dear, I don’t give a “damn” is claimed to be the first use of profanity in a major American film. Our Bollywood films freely use cuss words under the pretext that they want to make the characters more realistic. A few years back, Pahlaj Nihalani, Chairman, Central Board of Film Certification (CBFC), sent a list of words that cannot be used in films to the Producer’s Association and Regional Officers. While this was welcomed by many, there was much negative criticism. The list was subsequently withdrawn.

The foul and abusive words in Urdu/Hindi often refer to the names of animals or incest or sex and generally degrade women by dragging the mother and sister into this. Those who freely use this kind of language forget the high and noble position accorded to the relationship with one’s mother and sister in every culture. In Islam, a popular hadees states that: “Paradise lies beneath the feet of mother.” These lines are often heard in sermons in the mosque, but they have no qualms about having a loose tongue once they are outside the mosque. It has to be drilled in both young and old minds that they should not use such detestable words. In the Friday sermons and elsewhere, efforts should be made to impress the people to speak courteously, politely, decently, and without using foul words. A Persian proverb says “zubaan sheerein mulk geeri” (a sweet tongue wins the world). A sharp tongue kills, and a sweet tongue conquers the world.

Allah has given human beings the gift of eloquence. The way a man or woman speaks reflects his/her culture, upbringing, and character. We like to impress others with our dresses, hairstyle, and other paraphernalia. But what matters most is what we speak and how we speak. Quite often, a person is judged by his talk. It is common to see people reviling and mocking others and calling them names. But it should be remembered that Prophet Muhammad (peace be upon him) has said: “A believer is never a person who scoffs at others, calls them names, or utters vulgar and obscene phrases” (Tirmidhi). This hadith reveals that slandering people, belittling them, and cursing them is prohibited. Believers are expected to speak politely and pleasantly. Many Ahadees demonstrate that Prophet Muhammad (pbuh) would not abuse others, he would not use obscene words, and he would not curse others.

A social campaign called “Gaali free India” was started by Vandana Sethi in 2016 against profanity and abusive words. The motive of this campaign was to raise awareness among youth who are unable to control their feelings and find refuge in gaalis to vent their feelings and frustration. Creative online graphics and professional videos on a digital platform made it one of the most influential campaigns. The avowed objective was to create awareness against profanity (gaalis) in spoken and online interactions. Indeed, we need a ‘Gaali free campaign’ to create awareness among the young and old men and women of our community against abusive language (gaalis).