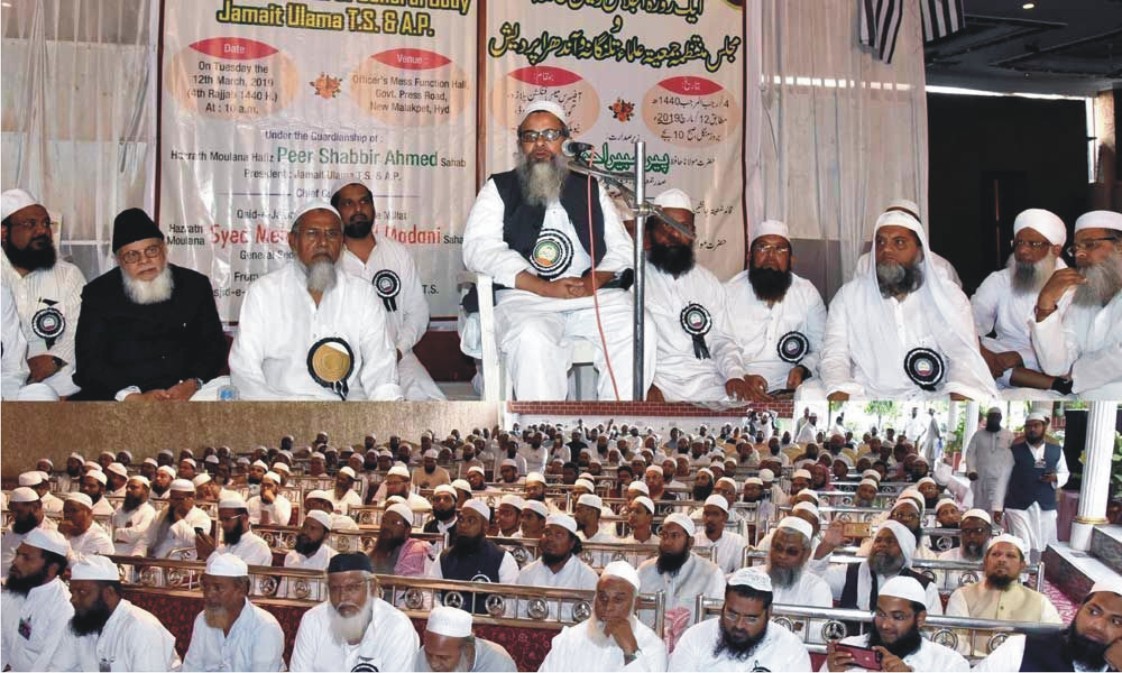 Unlike many founders of religions, Prophet Muhammad (PBUH) was a theologist, a preacher, a warrior, a politician, a businessman, All-in-One. He was also a leader and builder of a new state, capturing, holding a new territory, making a new world order. He was truly a great general. In a single decade, he fought many battles and planned military operations, but all the battles were in defense of Islam. He conquered the battles and won the hearts of people; religion and political functions were intertwined in the leadership of one man.

Allah had sent messengers to every nation. But the chain of messengers is over forever. Ulemas are the successors of messengers. Instead of carrying out of work of a messenger, they are seen striving to become Imam of a Masjid. Feels lucky to become a teacher in Madrasa, very much content on a paltry salary. Thank God for getting tuition for children of rich persons. He feels top of the world if get some post in some religious organization.

History is witness to record; they were the ones who spread the message of the oneness of Allah across the world. Ulemas were champions of charity and were the best scientist, politicians, heads of state, researchers. History has recorded the role of Ulemas in the Indian freedom struggle. They sacrificed their lives, money, family to this cause.

Now the scene is changed. Islam is in books only. Politics is not their field. They are ignorant of economics, industry, science, and technology is not their cup of tea.

Hazrat Ali(RA) has predicted, “There will come a time upon mankind when nothing will remain of Islam except its name only, and nothing will remain of the Qur’an except its ritual. Their Mosques will be full but destitute of guidance. Their learned men will be the worst people under heaven, and strife will issue from and revert to them. ” (Bhaihaqi, Shu’ab-ul-Islam from Miskat-ul-Masabih, Kitab-ul-Islam, Hadith #276, p. 155, Vol I, Translated by A.H. Siddiqui, published by Kitab Bhavan 1990, all Hadiths authenticated by Al Albani)

Nowadays, the great majority of Ulemasis going through this phase.

Deen has become a profession.
Religious organizations have different beliefs and objectives under some point programmes based on some principles. They have their groups with political connections. They never venture beyond their agenda and assure us a bright life in this world and hereafter. People fall prey to their gimmick, and the result is a total flop. For them, it is prohibited to participate in other organization’s activities. People are trained to be loyal to their organization rather than Almighty. Madaras has become an employment guarantee scheme for teachers. Free lodging, boarding for the poorest of the poor class of students who are mostly not interested in learning. The product of Madarsa is inferior in quality and detrimental to society. Ulemas have not only proved themselves useless in safeguarding the constitutional right of a community, but they have also been complicit in the erosion of these rights and are prone to making all sorts of an erroneous judgments. Above all collection of zakat and charity has become a lucrative business for huge kickbacks.

The biggest Fitna of today is the media. Mainstream media is by and large biased. In the past viewing, TV was coined as haram. But the situation has changed now. So-called maulanas who appear in TV debates are considered scholars and revered and have their huge fan following. They miserably fail to deliver the true message of Islam. They voluntarily demoralize Islam and Muslims for a paltry sum to the tune of a few thousand, which they get as remuneration. They do such acts at the will and wish of their political bosses.

What is the fun of such ideas?
Thus, the great majority of ulemas of today are the weakest creatures. They live for their selfishness. Please their political bosses and mentors. They are vulnerable easily for most negligible gains and becoming detrimental to the ummah. They prefer the path of worldliness, where power, wealth, and dominion are the ultimate aim.

Something good can be found in a bad situation. A true Muslim always believes in Almighty for a good change. True ulemas are bearer of divine guidance, which is what we mean by true knowledge, also known as wisdom and light. We are expecting a handful of true ulemas to stand up to the cause of ummah. Cutting across the organization’s lines, they will strive for uniting ummah on one platform. Ulemas will meet regularly to the cause of the community. They will strive for a better future on the lines of messengers of Almighty.

(The writer is a final year MBBS student, IIMSR, Jalna.)