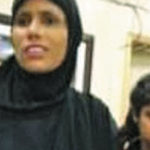 Papna Mua (Lucknow): Noor Jahan and her 11-year-old daughter Nargis have made hectic efforts to encourage fellow villagers to build toilets in their homes, in Papna Mua, a small village on the outskirts of Lucknow. So far, the mother-daughter duo have motivated more than 400 families of the village to do so. Living with her spouse and two children, Noor Jahan initially faced opposition from others when she went about telling them how important a toilet is in every household. “They had problems with me interfering in their personal lives, but my agenda was always clear-I wanted every house of this village to have a toilet,” she says. Besides telling people the hazards of defecating in open and how it can hamper the safety of young girls, Noor also tells them about the government scheme to sanction money for building toilets for those who cannot afford one.
It all started with an Anganwadi workshop where women were apprised of the necessity of a toilet. Noor took a serious lesson from it. “On that day, in the evening, I started digging a pit in the backyard of my house with my hands and in few days I had the first toilet of the village right in my house,” she says. She involved her class VI student daughter, Nargis in spreading awareness about it. “Nargis also tells her friends about basic sanitation practices like washing hands before eating and brushing teeth daily. Now, her teachers support her too,” Noor says.