The news of Maan Singh’s death came as a shock for his family. Their world came crashing down when the news was conveyed to them. After his final rites were over, their immediate worry was how to carry on with life. 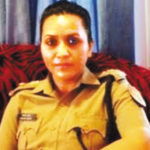 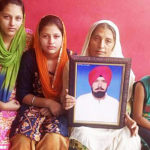 The breadwinner of the family was killed by highway robbers. But a messiah from the Delhi police helps take care of them. Ms. Aslam Khan, a deputy commissioner of police in Delhi, has been regularly remitting half of her monthly salary for the maintenance of the family of the late Sardar Maan Singh and the education of his children.
Maan Singh lost his life at the hands of highway robbers while driving his truck a few months ago while heading to his native village for his nephew’s wedding. He had saved Rs. 80,000 to contribute for the wedding and was excited to meet his wife Darshan Kaur and three daughters, Jasmeet Kaur, Baljeet Kaur, and Asmit Kaur and their grandmother.
Maan Singh had taken a wrong turn somewhere and realised at the dead of night that he was on an unfamiliar road. He got down from the truck to ask for direction when two robbers mugged him, snatched his money and left him severely injured. He died some hours later at the spot. The incident was brought to the police notice by villagers who visited the spot in the morning.
The news of Maan Singh’s death came as a shock for his family. Their world came crashing down when the news was conveyed to them. After his final rites were over, their immediate worry was how to carry on with life, including the issue of providing for the education of Maan Singh’s three daughters in circumstances when a square meal seemed unaffordable. They told the Hindi daily Navbharat Times: “Then one day, they received a phone call from Delhi. DCP Ma’am and IPS officer Aslam Khan was on the line. She spoke to all of us and promised that she would transfer some amount to our account every month and even assured us that she would secure some Government help for all of us.”
Since then, Ms. Khan has been remitting half of her monthly salary to this Sikh family. She even keeps in touch with the family on a day-to-day basis and updates herself about the progress in the children’s studies.
Aslam Khan had told a gathering of the International Women’s Day that she was named like a man by their parents, who were expecting a son and had decided to name him Aslam Khan. But a daughter was born and they stayed with their decision. Ms. Aslam Khan is a 2007 batch IPS officer who had even served in the Andaman and Nicobar Islands and had booked several corrupt officials and created a name for herself.
The late Maan Singh’s eldest daughter, Baljeet Kaur, says she too wants to be an IPS officer and work for the Delhi Police. She says, Ms. Aslam Khan has inspired her to work for the welfare of the society by gaining an important position.
(Text edited from story on portal Better India, Photos: Navbharat Times and Facebook)