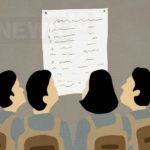 Bengaluru: The Directorate of Minorities, Government of Karnataka has released the SSLC results for the year 2017-18 of 44 of the 97 Minority Morarji Desai Residential Schools (MDRS) being run by the Department in the State.
The schools admit 50 students at the 6th standard stage and retain them till their 10th standard SSLC exam. Each school is located on 10 acres of land with state-of-the-art infrastructure, boarding and lodging facilities, playground, biometric attendance, special classrooms for art and craft, stage for plays and 10 teachers assigned to teach three languages and three core subjects. The students are provided textbooks, a pair of uniforms, stationery, mattress, trunk, lab and sports material and undergo regular medical check-up.
For the admission for 2018-19, the parents can contact District Officers, Minority Welfare Department. The list and contacts can be downloaded from the website: www.gokdom.kar.nic.in