London: A record 15 Muslim MPs were elected to the British Parliament in the general election held on June 7. The previous house had 13 Muslim members. Of the 13, twelve were reelected. Three new faces have been added. Of the 15, twelve belong to Labour Party which will be the major Opposition party in the house. The other three have been elected on ticket of Conservative Party which is in the process of forming the government. The Liberal Democratic Party is yet to have its first Muslim MP. The only Muslim MP from Scottish National Party in the outgoing house, Tasmina Ahmed-Sheikh lost her Glasgow seat.
The MPs elected in 2017 are: 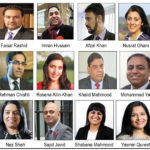