Malaysian Muslim pilgrims set an example in Makkah after they celebrated the Cleanliness Day on July 31 by picking up the brooms, cleaning rags and garbage bags. The session was an extension of last year’s successful cleanliness campaign, which had earned praise from the local authorities in Makkah and Madinah, informed Malaysian Hajj Delegation head, Datuk Seri Syed Saleh Syed Abdul Rahman. Malaysian Muslim pilgrims distributed among themselves tasks of cleaning up their rooms, bathrooms and dining areas, emptying rubbish bins and sweeping the corridors, as well as the staircase. Abdul Rahman explained that the campaign “creates stronger bonds among the pilgrims. Apart from fostering good ties among the pilgrims, a clean space will encourage peace, harmony and a healthier environment for everyone.”
The Malaysian Hajj delegation head also added that “Islam places much importance on cleanliness, both in physical and spiritual terms, as it was considered to be part of the faith. Prophet Muhammad (pbuh) once said: “Cleanliness is half the ‘iman’ (faith)”.” 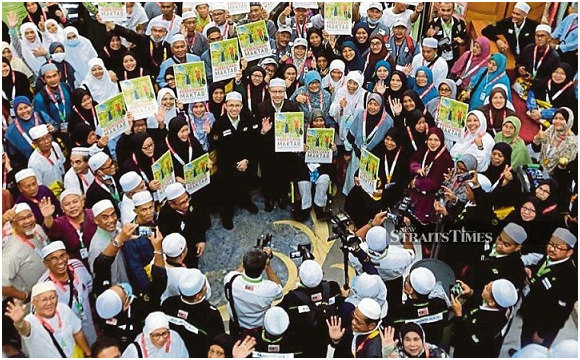