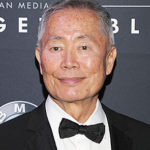 Thousands of people lent their names to a petition created by George Takei to take a stand against a possible Muslim registry and Islamophobia in America. Takei wrote about his own experience in a Japanese internment camp as a child during World War II in the description of his Care2 petition. His firsthand knowledge shows where bigotry could lead. He wrote, “I have spent my life trying to ensure something like this never happens again. But dark clouds once more are gathering. A Trump spokesperson recently stated the internment of Japanese Americans during World War II ‘sets a precedent’ for Trump to do the same today. And Trump continues to stand by his plans to establish a Muslim registry and ban immigrants from “certain” Muslim countries from the U.S. It starts with a registry, with restrictions, with irrationally ascribed guilt, and with fear. But we know well where it might lead.’
Takei urged others to sign the petition in solidarity with Muslim Americans. Tens of thousands of people have signed it so far. “Registration of any group of people, and certainly registration of Muslims, is a prelude to internment. This is something that we cannot have happen again. It is dangerous and it is a moral bankruptcy. We’ve got to stand up and resist this, and I would urge all good Americans to write to your congressional representatives and the president-elect and tell them that this is not what we stand for as a nation” Takei remarked.