It is rare that a ruler is able to concentrate so much power in his own hands while remaining popular with his subjects: Oman’s Sultan Qaboos has achieved a synthesis of tradition and globalisation. 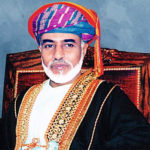 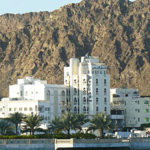 Because the prevailing media culture considers only bad news to be newsworthy, all we read and hear about Arab and Islamic nations are conflicts and wars, violence and repression. Pleasing developments rarely make the headlines, which makes the reverse assumption entirely valid: a nation that’s never in the news is probably a good place to be. One such example is the Sultanate of Oman.
Here, in just a few decades, a backward tribal society cut off from the rest of the world has managed to transition into a functioning, flourishing state. For a long time, it seemed that the 20th century was barred from entering the literally-closed gates of the capital Muscat; radios, sunglasses and bicycles were prohibited until 1970; there were no hospitals, only Quran schools”and just seven kilometres of sealed roads.

Interlinking State and Tribal Structures
This rapid development is not only due to the discovery of crude oil and natural gas in the country’s interior, but also to the figure of Sultan Qaboos, the open-minded leader who doggedly tackles one project after the next and understands”based on a successful interlinking of state and tribal structures”how best to combine tradition, Islam and the modern era into a happy symbiosis.
By western standards, the ugly word “dictator” should be applied to him, but western standards are not always able to adequately describe political and societal structures. He may well be an absolute monarch, a political autocrat, as well as head of state, head of government and commander-in-chief of the armed forces. However, he does not use the country’s oil wealth to solely enrich himself, his dynasty and his royal household, but rather allows the entire population to take its share, guest workers included.
The 1996 constitution enshrines a ban on discrimination on the basis of gender, origin, skin colour, language, religion, place of residence or social affiliation, while also protecting the life and property of foreigners. And this means even guest workers feel welcome here; they agree that they fare better in the Sultanate than in the Emirates or Saudi Arabia, although they are aware that the eventual political goal is Omanisation (replacing expatriate workers with trained Omani personnel) and that when their labour is no longer required they will have to leave again.

Less Arrogant
In North Africa, the Middle East and South Asia”regions sending workers to Oman”the Omanis are seen as less arrogant and snooty as the residents of other oil-rich nations on the Arabian Peninsula, although it is also difficult, if not impossible in Oman for expats to consort with the locals. They form social enclaves and keep themselves to themselves.
As far as foreign policy is concerned, the government attempts the diplomatic feat of remaining on good terms with all the nations of the region, regardless of any long-held hostilities between them. Geopolitically located on the outer edge of southeast Arabia and away from flashpoint areas, the Sultan is repeatedly able to assume the role of negotiator, for example over the issue of Palestine, in the Yemen war and the Qatar crisis”but remains in the background.
Qaboos has so far managed to keep his Sultanate out of the region’s geostrategic power struggles. Oman is not involved in the current Saudi-led coalition in the absurd and inhumane war being waged on Yemeni soil against Iran at the expense of the Yemeni population.

Sultan Pushes Reforms
The Arab Spring also led to demonstrations in Oman in 2011, but compared to the rebellion in other countries, these events were sedate in nature. The rallies called for greater prosperity and higher wages and protested against the corrupt practices of high-ranking officials and against individual ministers. And the demonstrators called for greater political freedom.
The Sultan responded quickly with reforms within the state apparatus and a government reshuffle, with an increase in the minimum wage and the creation of civil servants’ posts. Parliament was upgraded and now has legislative powers in addition to its advisory function; draft laws must now be presented to both chambers for approval, before the Sultan signs them off.
The prevailing mood in this country is pleasant, serene, calm”and sometimes cheerful. This is certainly due in part to its religion”the Ibadi school of Islam followed by around two thirds of the population. In accordance with its legal doctrine, religious texts and matters of faith must be periodically reinterpreted in line with the demands of the era, a direction that is open to modernisms yet also inclined to retain aspects that have proven themselves over time. Furthermore, it is not permitted to force one’s own religious convictions upon others. This results in a liberal stance towards those with other beliefs.
(Ingrid Thurner is a cultural and social anthropologist with a focus on foreign perceptions, the media, as well as a publicist, essayist and cultural mediator during study trips).
(Extracted from en.qantara.de)