Islamic Voice 0 August, 2013 12:00 am
Cairo: Beyond the Pyramids
The Europeans Who Chose Mystical Islam
An Idyllic Time in Isfahan

The City-state’s iron grip on people allows it to maintain the inter-racial harmony and ensure prosperity.

The most indelible impression an Indian could carry from a visit to Singapore is that we need to learn a lot from the tiny island city-state. If one desires to see how governance could regulate a citizen’s life, he or she must visit Singapore. 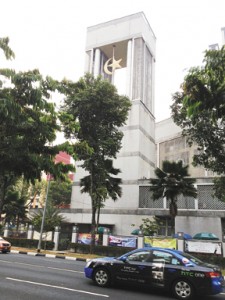 For Singaporeans, the State and social good come before the self. It is rule of law everywhere and one can scarcely violate the law and get away with it. The City-state penetrates the senses of its citizens in all possible ways. It leaves little scope for indiscipline, corruption and deviant behavior. Roads, metros, parks, buses and sidewalks are kept spotlessly clean. Buses trundle without conductors and maintaining silence is everyone’s responsibility.
Though it rains daily, the city has no waterlogging. Once water got collected somewhere and the Corporator lost his job. Could this ever happen in India? One would wish it does, but most certainly it won’t. A minister in the Government who ran an affair with his colleague was compelled to resign.
Law does not spare anyone, however high he or she might be. If one is found out driving a vehicle while drunk, he will have to cough up a fine of Singapore $ 3,000 (one Singapore $ = Rs. 50) with imprisonment of three months and six lashes (Refer Basic Theory of Driving: The Official Handbook issued by the Traffic Police). It is said Singapore incorporated flogging after learning it from the states in the Gulf.
Singapore is a multi-ethnic state and English, Chinese, Tamil and Malay languages are official language. Buses and trains have announcements in all the four languages. Chinese predominates with 74% people being of Chinese origin, 13.4% Malays, 9.2% Indians and remaining 3.5% are others.
Muslims constitute 15% of the population and 17% of them are of Indian origin. The City-state has 72 mosques and six full-time madrassas. Most Muslims follow Shafii maslak. Singapore Government discourages missionary attempts to convert the local Malay population, lest racial and religious tensions are triggered. Malays, considered to be the original inhabitants of the land, have been given certain Constitutional privileges. First president of Singapore was Yusof Ishak. His younger brother is presently a minister. Madam Halimah Yacob is President of the current Parliament.
The economic disparities are on the rise in Singapore even though the Government is serious about bridging the gap. Singapore facilitates all kinds of business activity. One can set up a business with just 200 Singapore dollars. Malay Chamber of Commerce helps the Malays set up business.
I visited Masjid Ar-Raudhah, a Malay mosque. Architecture did not conform to the conventional mosque. The teacher at the attached kindergarten told me that this was done to make the masjid more energy efficient. Most mosques function as multi-functional community centres. One floor of the Ar-Raudhah is reserved for women worshippers. The youth group at the mosque Al-Fateh organizes seminars, football matches and nature tours.
Besides a madrassa, the mosque has a kindergarten where all teachers are women. Women members are also represented on the mosque management board. The mosque publishes pamphlets on family health, entrepreneurship and other governmental schemes. Women are made aware of the entrepreneurship programme of the Singapore government at the mosque. Mentionable among them is HOME (Help, Outreach, Motivate and Educate).
Muslim women can be seen employed in banks, universities and in the Ministries. Some of them are even elected for the Parliament. Most of them can be seen in Hijab. Law allows polygamous for Muslim men who will have to secure permission from the Government as well as the first wife. He has to furnish proof of having enough income. Without this, it is deemed a crime. Women too can take divorce. Pre-marriage counseling is provided.
Islamic Religious Council of Singapore (MUIS), a constitutional body, funds all mosques and guides the religious life of Singapore. Imams and Qazis receive their salaries from the Government. All Muslim marriages are registered with MUIS. Meher has to be given at the nikah ceremony. There is no system for brides giving any dowry to husbands. Among Malays, the husband gives substantial gifts to the bride after marriage. MUIS is authorized to issue divorce certificate. If she becomes a destitute after divorce, she would be awarded maintenance from the husband and the government too will chip in to help.
Following ethnic riots between Chinese and Muslims in 1960 on the day of Eid e Meelad, the Government brought in Racial Harmony Act and began being strict with any kind of provocation and spread of racial hatred. Ahmed Deedat was banned from speaking in Singapore. Although Zakir Naik is allowed to come, he is banned from speaking. Mosques too cannot promote sectarian ideology. There are no Tablighi, Sufi or Salafi mosques. Friday sermon is same all over the island, although in different languages. Hussein Saynuddin, a citizen of Singapore informed me that although Singapore is a democracy, no processions are allowed. It is a highly policed state with intelligence penetrating in all spheres of activity. Most companies and firms allow their Muslim employees to offer Friday namaz. For communal amity, different measures are implemented. Children are taught tolerance right form childhood. Inter-ethnic youth programs are organized. For example, football matches actively have members from all communities. Festivals are celebrated together. The Singapore Housing Board Societies have quota for different communities within each society. Only when the quotas are full, the registration of the society would be done.
After 9/11, Internal Security Act was enacted. Any miscreant can be arrested any time under this Act. When some Muslims became emotional and started creating problems for public peace, they were arrested. Singapore government is compassionate. It does not leave its jail-mates to their fate. It reforms them. So these boys were given counseling, reformed and rehabilitated. Other jail-mates are treated similarly.
No wonder that Singapore has become world-renowned and prosperous and an ideal society to emulate.