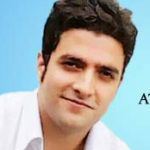 Posting under Indian Railways Traffic Service
Athar Amirul Shafi Khan who secured the second rank, he became interested in joining IAS after Shah Faisal from the Kashmir valley topped civil services examination in 2009. This was his second attempt. Last year he was offered a posting under Indian Railways Traffic Service (IRTS). Though he joined the service (and is currently under training, he pursued the IAS aspiration. Farha Hussain is daughter of Ashfaq Hussain, IAS, collector in Rajasthan.
Sheikh Ansar Ahmed has succeeded in the Civil Services Exam in the very first attempt. He comes from Shedgaon of Jalna district of Maharashtra. His father is an auto driver. He headed to Pune after his BA in Political Science and joined a coaching class. However, due to his Muslim name. he was not able to get a room in a place that was nearer his coaching centre as well as provided the needed amenities for serious academic pursuits. He changed his named to ‘Shubham’ and secured a place. He is now happy that he can tell people his actual name.
A Jamia Millia Islamia press release said nine students who were coached at the Residential Coaching Academy run by the Centre for Career and Coaching Planning, have been finally selected for Civil Services this year. The name of the selected candidates is as follows: 1. Gurleen Kaur; 2. Shakeel Ahmad Ghanie; 3. Basharat Qayoom; 4. Minhaj Nizami;5. Bemson Samuel Ninan; 6. Rohit Yadav; 7. Haris bin Zaman 8. Vishram Meena, 9. Dr. Safdar Ali.
The Residential Coaching Academy in Jamia, funded by the University Grants Commission, offers free coaching and residential facilities to students belonging to SC, ST, Women, and the Minorities categories. They were selected for their comprehensive coaching on the basis of an all India written test followed by individual interviews. They were subsequently taught in a variety of optional and compulsory subjects. Classroom teaching was followed by test series, feedback to them on their individual performance in various tests, and finally, a series of interview-based group interactions and mock interviews conducted by experts in the area.