Some weeks ago, more than 350 people filled the auditorium at the India International Centre in New Delhi to attend a conference focussed on the theme, ‘Celebrating Diversity in the Muslim World’. Inspired and encouraged by the Dalai Lama, the renowned and widely-respected Tibetan Buddhist spiritual leader, the event was organized by the Muslims of Ladakh.
On arrival, the Dalai Lama was welcomed by Dr Abdul Qayoom of the Anjuman Moin-ul-Islam and Ashraf Ali Barcha of the Anjuman Imamia Leh. In the auditorium he personally greeted the numerous Muslim clerics present, before taking his seat on the stage. In his preliminary remarks he mentioned that Ladakhi Muslims came to Lhasa during the time of the Fifth Dalai Lama, who gave them a piece of land on which to construct a mosque. Subsequently, representatives of their community we always invited to Tibetan government functions.
“I felt that Indian Muslims should be more active in promoting religious harmony,” the Dalai Lama explained. “I thought that a meeting of Indian Muslims here in Delhi could be helpful and I really appreciate your having arranged it. I’m also happy to know that brothers and sisters from Iran are joining us here. We have to make clear to the eyes of the world how important it is to maintain religious harmony.”
In his address the Dalai Lama noted that of seven billion human beings alive today, one billion have no interest in religion, leaving six billion who follow one of several different religious traditions. He noted that the Indian practice for cultivating a calmly abiding mind, shamatha, gave rise to the traditions of non-violence and compassion (ahimsa and karuna). “All our religious traditions convey a message of love. In Buddhist terms we talk about feeling that all sentient beings are as dear to us as our own mother. Muslims in Tibet were very peaceable.” He mentioned that an imam told him that a Muslim should love every member of God’s creation. “Theistic faiths suggest we are all creatures of a merciful God…We have to think about what unites us rather than what makes us different. All religions have the same potential to create a happy human being; they convey the same message of love. There are wonderful people belonging to all these traditions”, he said. He explained, “If we have peace of mind within ourselves, peace in the world will come about. But religious harmony is essential.”
“I feel that Indian Muslims should show the rest of the world, especially people in other Muslim countries, that religious harmony is possible, which something else I’m committed to sharing with others.”
The Dalai Lama expressed sympathy for the Rohingya refugees from Burma along with his conviction that the Buddha would have protected such people.
Maulana Syed Kalbe Jawad Naqavi, a Shia teacher from Lucknow, said real Muslims are expected to help others, to work to serve all human beings. A Muslim is one who helps other human beings, whatever faith they follow. Maulana Mahmud Madani, from Deoband, spoke of visiting Ladakh and Turtuk. There he met Shias and Sunnis and came across some who prayed together. He suggested that Muslims should work not only for Muslims but for everyone. He agreed with the Dalai Lama’s observation that very often it is not religious issues that underlie conflict but political considerations. Too often religion is used as a weapon for short-term political gain. He recalled that it was ‘fakirs’ who captured the hearts and minds of people and who could be called their rulers more than kings or emperors.
Dr Mohammed Husain Mokhtari (Chancellor of University of Islamic Denomination or Madhaheb University, Tehran, Iran) told the audience that it is a religious duty to respect each other. He commended accepting diversity among followers of religions and also noted that in following religion they are united. He said we have to recognise diversity as a fact and that to do so is beneficial for everyone. Mutual respect is important. Acceptance and recognition of each other is the preliminary to dialogue, and if the goal is unity, there has to be dialogue. He encouraged the recognition of similarities as well as the acceptance of differences. Ignorance and negligence are significant obstacles to the spirit of diversity. We cannot achieve unity if we view some groups of people with fear. Nor is it helpful to criticize others as non-believers.
Former Vice President of India Hamid Ansari spoke of diversity as such a desirable and simple concept. He asked what we find in nature no flowers, trees or human beings are exactly the same; there is diversity. He commended the efforts made to convene this conference, but wondered if it would have been necessary if we properly understood diversity. 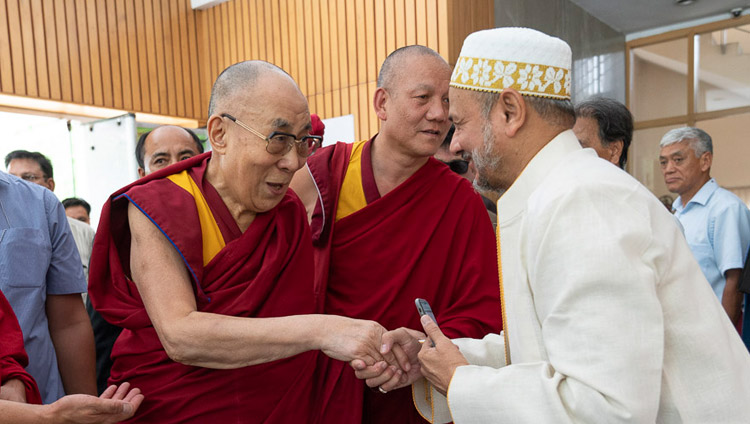 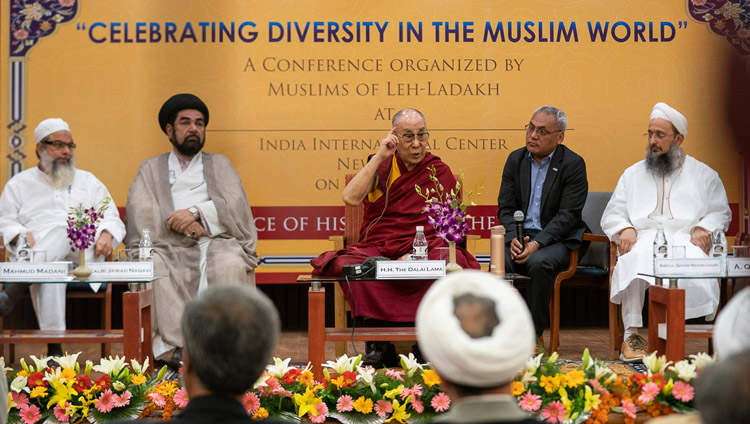