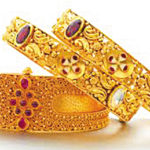 The Islamic Fiqh Academy took up the matter of business in gold and silver on March 6 at its 28th session at Ujjain. It recommended the following:
1- It is perfectly okay to buy or sell gold and silver on more or less than the designated market price.
2- It is all right to include the small particles that split off while making ornaments into wastage and account it in pricing them. However, it should not be such a large amount that it leads to conflict between the buyer and seller. It is better to include the wastage charges separately.
3. It is not right to exchange the old gold and silver ornaments against the new ones with adjustment of weight. If at all one has to do this, he should sell the old ornaments first at the price fixed for them and buy the new ones.
4- It is not Islamically valid to engage in sale and purchase of gold and silver at the Commodities Exchange without having the commodities (i.e., precious metals and the cash) in hand and merely exchange notes on the basis of market price for sale and purchase.
5- The storing of gold and silver in order to sell them when the prices are high, does not come under Hoarding. However if its storing affects the prices of other commodities, one should avoid it.
6- Smuggling is an illegal act. One should avoid this in bringing gold or silver through this route. However, if one has already purchased some gold which has been smuggled in, then he is a legal owner of it.
7- Platinum is not gold. Therefore, one is not liable to pay Zakat over it.
Recommendations Regarding Environmental and Noise Pollution
It is extremely obnoxious to spit in public places. One should avoid it in compliance of the official directives.
A clean environment is required for living a healthy life. But the modern technologies have created a lot of hazards for life and health through environmental pollution, notwithstanding the multiple benefits accruing from it. Following measures are recommended for preservation of Nature and the environment:
1- We should opt for fuels that cause the least damage to the environment. One should avoid expensive fuels even if he affords their cost, if they are known to cause damage to the environment.
2- Only clean or least polluting fuels should be used in automobiles. Official directives, if any, should be heeded too, in this regard.
3- Least polluting fuels should be used for the purpose of lighting. If indeed there are any official directives in this regard, they should be complied too.
4- Solar energy should be tapped and used wherever it is feasible.
5- All anti-pollution norms formulated and issued by the Government with regard to workshops and factories should be complied with. However it is the Government’s responsibility to facilitate their implementation.
6- The slaughterhouses and those engaged in meat trade, should see to it that animal waste is disposed off safely and does not cause damage to the environment or emit any stink.
7- Use of plastic bags should be avoided, unless it is very necessary. These should be replaced by safe alternative material.
8- Defecation in open places should be totally avoided. Similarly, the human waste should not be let into the open drains.
9- Smoking and use of tobacco should be avoided. Official directives regarding prohibition of smoking in public places should be followed.
10- It is extremely obnoxious to spit in public places. One should avoid it in compliance of the official directives.
11- Care and caution should be exercised in use of appliances that release noxious gases or emit radiation. One should not resort to excessive use of refrigerators, air-conditioners, washing machines and mobile phones.
12- Islam promotes tree planting and preservation of forests. The trees should not be cut and deforestation should not be resorted to, unless it is very necessary.
13- Noise pollution is an extremely grave threat to the mental health. Noisy machines should be replaced with gadgets that emit least sound.
14- Automobile horns should comply with official norms. Shrill horns should be avoided.
15- Such musical instruments that cause noise pollution, should be avoided.
16- All kinds of public events like conclaves or Mushairas, should avoid excessive use of microphones.
(These recommendations were made at the 28th session of the Islamic Fiqh Academy held at Ujjain on March 5-7, 2017. The first part appeared in April 2017 issue of Islamic Voice. The Islamic Voice office received the recommendation in Urdu and translation into English is an in-house job. We have tried to stay faithful to the text. We owe the responsibility for any inadequacy in rendering the original. Those interested in the original Urdu version can contact IFA at : Phone: 011-26982583, email: 26981779or email: [email protected] Website: ifa-india.org,)