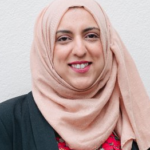 A Muslim woman honoured by the British Queen with an MBE hopes her award “silences the haters” who contribute to an environment of Islamophobia. Akeela Ahmed said she accepted her MBE for services to Muslim women on behalf of those she works with through the “She Speaks We Hear” online platform she founded, describing them as “changemakers” in their communities. The 39-year-old mother-of-three created the project, which seeks to empower women from faith communities, in a bid to defy what she saw as the “binary, stereotypical” representation of Muslim woman as “either being oppressed or being a threat”. “Unfortunately with all the various tragic events that we’ve had in the last year we’ve definitely seen an increase in Islamophobia and especially for Muslim women who look different and who wear the hijab,” said Mrs Ahmed, from London.