Prophet Muhammad (pbuh) has said: “Seeking knowledge is a mandate for every Muslim.” “Every Muslim” means every Muslim man and woman. Many Muslim women have embodied this and shown the world what it means to be an active achiever. Here is a roundup of a few from different parts of the world: 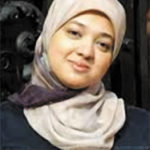 Aisha Elsafty is a Computer Scientist at the University of Cambridge. She specialises in ‘AdHoc networking,’ the connecting of computational devices via wireless technology that are used to establish networks in disaster areas and developing countries. “My faith inspires my work in many different ways. The Qur’an gives emphasis on putting our actions and beliefs into an analytical test, and to continuously challenge the views of our predecessors. This attitude is essential for all scientists and it is very clear in computer science where claims can be interpreted, understood and verified in mathematical and logical formats.” 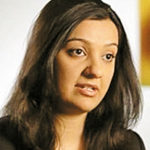 Sameena Shah is a Senior Research Scientist at Thomson Reuters, New York. She is the winner of the 2009 Google India Women in Engineering Award. Shah works extensively in Artificial Intelligence. She presented an algorithm in computerized cognitive leaning that she and a team of colleagues developed at IIT Delhi, India. “I love research in Computer Science because it satiates my inherent desire to understand the logic behind things. Things, which are seemingly random, may have an underlying structure. The joy for me lies in discovering patterns, creating algorithms, proposing a theory and making my own little contribution to the world.” 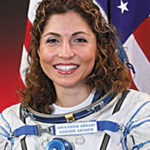 Anousheh Ansari immigrated to the US as a teenager, she immersed herself in education, earning a BSc in Electronics and Computer Engineering from George Mason University, followed by a Master’s degree in Electrical Engineering from George Washington University. She captured headlines on 18th September 2006 for being the first female private space explorer. She also earned a place in history as the fourth private explorer to visit space and the first astronaut of Iranian descent. “I hope to inspire everyone”especially young people, women, and young girls all over the world, and in Middle Eastern countries that do not provide women with the same opportunities as men”to not give up their dreams and to pursue them. It may seem impossible to them at times. But I believe they can realize their dreams if they keep it in their hearts, nurture it, and look for opportunities and make those opportunities happen. Looking back at my life, I’m hoping that I could give them a positive example how that could happen.” 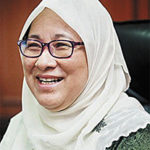 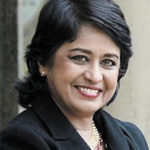 Ameenah Gharib Fakim is the current (and first female!) President of Mauritius. She obtained her PhD degree in Organic Chemistry from Exeter University. She is known for having finished the first full inventory of Mauritius and Rodriguez Island’s aromatic and medicinal plants. She has penned more than 28 scientific books, which are used as reference books by students and researchers worldwide.
“The goal of my research is to produce safe plant-based medicines to combat everyday ailments like diarrhoea, dysentery, or infectious illnesses, and to help children who are suffering here in Mauritius, in the Indian Ocean region, and also in Africa.” 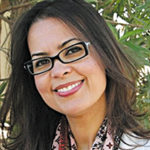 Ismahane Elouafi was awarded a PhD in Genetics from Cordoba University and she believes that science has to be the basis of decisions and development plans in order to achieve efficiency and alleviate discrimination and poverty. She is currently the Director General of ICBA, a leading research facility that aims to help poor farmers in places where water is scarce. Prior to her appointment as head of the ICBA, she held a number of positions in the Canadian Food Inspection Agency.
“Wherever I went, I had to work harder to prove myself, and often not just once, but twice or three times. Eventually, I made a conscious decision to stop worrying about what people thought of me and just concentrate on my job. It pains me to say it, but I have reached where I am today not because I’m a woman but in spite of being a woman.” 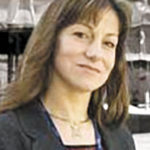 Rim Al Turkmani is a Syrian-born astrophysicist. She gained her BSc in Electrical Engineering from the University of Damascus before moving to Sweden to study her Masters and then her PhD in Astrophysics. Dr Turkmani works on the physics of the solar corona “ the halo around the sun “ and through the use of computer simulation, observations and theoretical modelling, she tries to understand the dynamics of energy release in solar surface explosions, known as solar flares. “My faith is important to me and I was always taken by verses in the Qur’an which ask people to ponder the universe. Scientists were given a special status with the verse, ‘Are those who know equal to those who do not know?’ When I was a young woman studying the Qur’an, I used to find such verses inspiring. I adore and respect whatever encourages me to think, and I definitely found that element in the Qur’an. Who would encourage thought and logic if it wasn’t to be found on the pathway of free-thinking? Knowledge in general deepens my personal beliefs and knowledge of the natural world deepens my belief in what is behind this creation.” 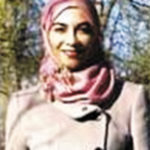 Hayat Al Sindi is a Saudi Biotechnologist from Makkah. She was the first woman from the Middle East to hold a PhD in Biotechnology. She was also head hunted to join George Whitesides’ famous laboratory. Sindi co-founded ‘Diagnostics-For-All,’ which aims to bring easier technology to developing countries. She raised money for the project by winning the prestigious Harvard Enterprise Competition and the $100,000 MIT award, attracting a further $10m from Bill Gates.
“When I came to Cambridge, I was told by a famous scientist that I would fail because I am female and religion doesn’t go with science. I want to tell women scientists around the world “ not just Muslims “ that we should cross bridges and find the good in people. I want women to believe in themselves. I want to tell the whole world: do not let people belittle your dreams, if you believe in who you are, go for it.”