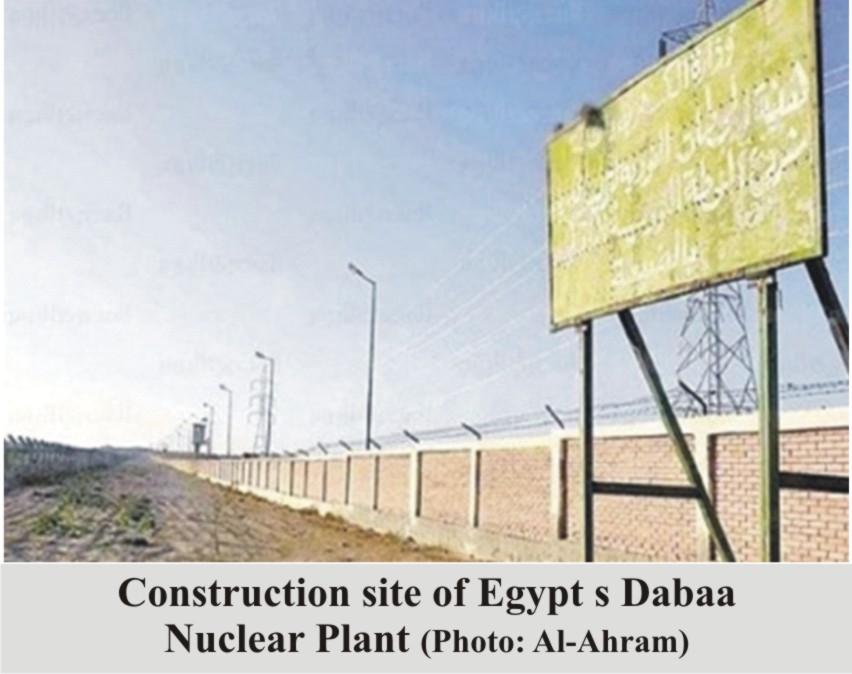 In November 2015, the Egyptian government signed an agreement with Russia to build Egypt’s first nuclear power plant in the Dabaa region of Marsa Matrouh, which aims to generate 4,800 megawatts through four units.

They [the Egyptian authorities] are set to do everything to carry out the initial concreting in July,” Likachev told Russian journalists, according to Russia’s news agency TASS.

His statements come a few weeks after ROSATOM submitted documents for units three and four of El-Dabaa Nuclear Plant to the Egyptian Nuclear and Radiological Regulatory Authority (ENRRA).

The documents were submitted ahead of schedule, according to ROSATOM, and are awaiting permissions so that both the Egyptian and Russian sides can begin full-scale construction.

According to the project’s design, the nuclear plant will have four VVER-1,200 reactor units. The first unit is scheduled to be operational in 2026.

In November 2021, Egypt signed a long-term one-million-dollar agreement with the Czech ÚJV Rež Research and Development company to consult on the El-Dabaa Nuclear Plant, according to Chairman of the ENRRA Sami Shaaban.

According to the contract, ÚJV Rež will provide technical assistance to the Egyptian supervisory authority in licensing the nuclear plant in El-Dabaa.