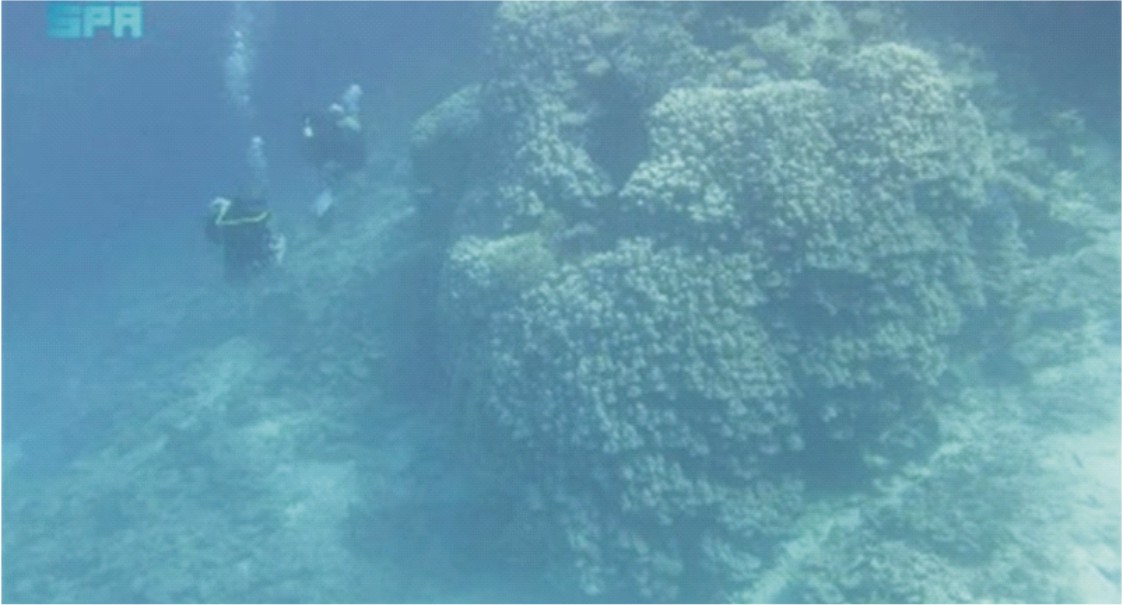 TABUK: A 600-year-old coral colony measuring more than 10 meters in height has been discovered south of Al-Waqadi Island, the Saudi Press Agency reported.

The Red Sea Development Company told SPA that the discovery was the first of its kind in the Red Sea region by its team of marine scientists and environmental experts.

The age of the coral reefs was estimated by measuring the size and number of rings that grow annually on the colony’s outer structure, in addition to the presence of giant redwoods. The colony is a historical reference to past centuries. Through the scientific reading of the coral reefs’ rings, scientists will know the ocean temperature in previous years and its chemical composition at that time.

The company said the discovery highlighted the beauty of marine life on Al-Waqadi, which is west of the ambitious tourism project.

Coral reefs are living creatures, and their beauty is usually formed when the initial coral polyp adheres to a rock on the seabed. Its lower part is made up of a solid limestone skeleton, and it begins to divide itself into thousands of cloned organisms while staying connected to create a colony that works as one organism.
(https://arab.news/5awjk)