Perception of Life and the Worldview

Islamic Voice 0 August, 2013 12:00 am
Facebook Uses This Strategy to Hook You Up
We are far away from reality! Books are the genuine and selfless friend
Importance of Time

Human action is the cause of change and you are the agent of change. You are not in charge of what happens to your life, if lifestyle and mindset remain disconnected. 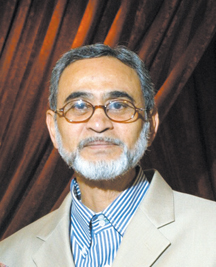