Islamic Voice 0 January, 2014 12:00 am
Do Not Stagnate in a Comfort Zone
Empowering Muslim youth With moral values
Staff Selection Commission: A gateway to Central Government posts

A citizen however is human first and “political animal” next. The life of human relates to self, family, community, society, culture, and religion. A citizen does not surrender his life to democracy. 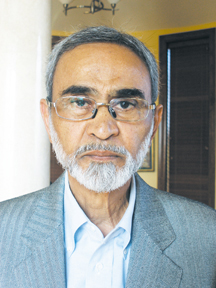