Investigative Study of a Reprehensible Practice

Islamic Voice 0 May, 2021 2:50 pm
Dreams of a Fallen Hero Retold
‘Indian Muslims – The Way Forward’
Lucid Translation of the Quran 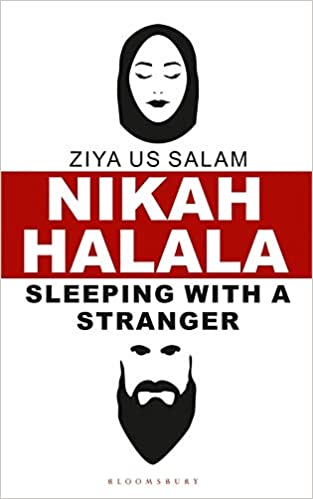 It is high time that the Muslim community breaks the shackles and comes out with strong measures to eliminate this reprehensible practice once and for all.

The title of the book “NIKAH HALALA- SLEEPING WITH A STRANGER” succeeds in drawing your attention to the book, which probably is one of the reasons for the book ruling the charts on Amazon, apart from the fact that the book deals with a subject which has always been kept under wraps. Ziya Us Salam has to be complimented for writing a book on a subject which has always been discussed in hushed tones. The title reminds you of Nancy Price’s novel “Sleeping with the enemy” (1987), later a Hollywood thriller film (1991), telling the story of an abusive husband. But the comparison ends here.

Ziya’s book handles a very serious and controversial subject—a practice that is prevalent among some Muslims of South Asia. The Halala practice stems from another controversial practice, of Triple Talaq. An errant and abusive husband in a fit of anger pronounces Talaq three times to his wife and she is considered a stranger to him henceforth. Later, when the husband regrets his hasty decision and when his ex-wife also wants to get back to him, she cannot do so unless she performs Halala. That means she has to temporarily marry another person, who has to consummate the marriage and then divorce her. This one night stand may get extended by a few more days or weeks as the Halala husband, many a times, refuses to divorce his temporary wife immediately in order to satisfy his lust. After the Halala husband gives the divorce, the wife becomes eligible to remarry the estranged husband.

The author succeeds in clearly bringing out the fact that Halala as practised in South Asia has no sanction from the Qur’an. The Qur’an allows a man to divorce his wife for a maximum of two times revocably, on both occasions separated by at least one menstrual cycle. The author points out that instant triple Talaq is not mentioned anywhere in the Qur’an. After the first and second separation, the couple are allowed to cancel the divorce and re-marry without any third party intervention. If the husband takes back his wife but again divorces her for the third time, he is not allowed to marry her again because divorce is not a plaything in the hands of a whimsical husband. After the third divorce, the wife becomes an independent woman. She may choose to stay single or marry another man. If her second husband dies or if her marriage with the second husband does not work out despite all efforts at reconciliation, she can be separated from him with a repetition of the earlier procedure. Once again, she becomes an independent woman who is free to stay single or marry another man or marry even her first husband.

The author clearly explains how this elaborate Quranic procedure is circumvented by following the concocted Halala system, where a woman is required to perform Nikah with a temporary husband, consummate the marriage and thereafter the Halala husband will divorce her after spending one night with her so as to enable her to get back to her original husband and marry him. This distorted practice has been widely condemned by some of the most respected Islamic scholars. In fact the former husband who arranges for this sham marriage and the temporary husband were both denounced strongly by Prophet Muhammad (pbuh).

The author, who is a journalist by profession, investigates and expertly culls out details about plenty of such Halala marriages with a pre-decided divorce date. The indiscreet and illegal action of the husband in pronouncing Triple Talaq in one go in a fit of anger and his subsequent repentance makes him approach some maulanas or clerics who, with their half-baked knowledge, declare that the marriage is annulled and that his wife has to perform Halala. The cleric either facilitates the services of a temporary husband or, in some cases, offers his own candidature for the job since he is perceived as being more reliable as compared with others. For the mistakes of her husband and to satisfy the lust of a stranger under the garb of helping the couple to re-unite, it is the woman who suffers for no fault of hers and has to undergo all the trauma.

When the author, after extensive investigation, writes about one case after another, some astonishing facts emerge, like how many of the Halala husbands even charge for their services or how they refuse to divorce the woman after spending one night with her and seek extension as if the woman is just a commodity. In most cases, the woman agrees for this embarrassing, awkward and painful arrangement for the sake of her children, who will get back their father if she remarries the original husband. The author goes to the extent of calling this a legalised form of prostitution under the garb of faith by men who exploit the situation. He also talks of the women who dared not to succumb to pressures and who approached the judiciary to get back the rights denied to them.

The book makes absorbing reading and it becomes difficult to put it down as the author makes use of undercover investigation to get details about all the murky happenings and in the process discovers some shocking secrets of lust, greed, moral degradation and illegalities which society has kept under wraps since the subject has always been considered taboo.

But pretending that the problem does not exist or that it exists only in a few rare cases allows the evil practice to continue and for gullible men and women to continue to pay a price with their honour, dignity and self-respect. Here, the book NIKAH HALALA: SLEEPING WITH A STRANGER is found wanting by not making efforts to find solutions for eliminating this obnoxious practice. There is only a brief reference to this when the author rightly says that mere legal measures will not be enough to end this menace and that there must also be greater social awareness. The author, being a journalist, displays a journalistic approach to the entire issue. His contribution would have been still more valuable and substantial if his journalistic approach were to be combined with a scholarly approach by exploring ways and means to combat  the problem by working on the nitty gritty of bringing about a change. Unless some well thought out and strong measures are undertaken, the indiscretion by husbands will continue and the misinterpretation of scriptures by certain elements to satisfy their baser instincts of enjoying a woman’s body without any responsibility and without any fetters attached will continue. Women will continue to suffer, and a repentant husband has to face the mortification of sending his wife to the bed of a stranger. It is high time that the Muslim community breaks the shackles and comes out with strong measures to eliminate this reprehensible practice once and for all.