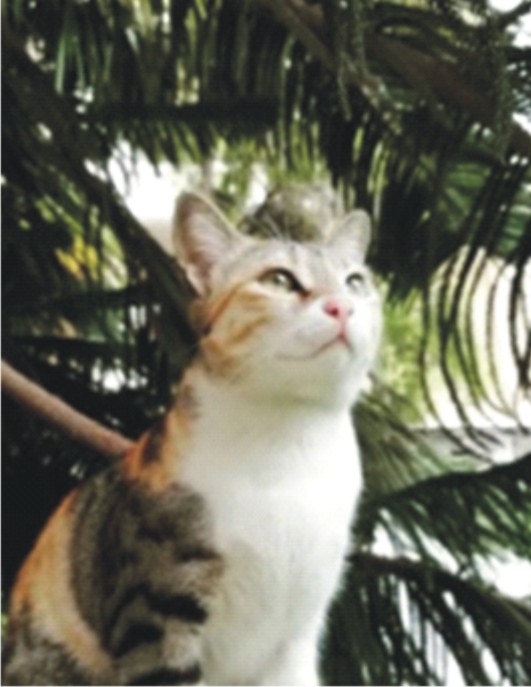 How A Cat Taught Us The Power of Dua

A story by Zeyneb Ehsan

When we tell children to make dua with the belief that their dua will be heard in the heavens, we must believe it ourselves as well. Because it will be, and Allah will respond.

Like most young children, my siblings and I had a time when we were obsessed with getting a cat. But no matter how much we tried to persuade our parents, they never agreed to us having a cat at home.

As Ramadan drew near, I remember making dua fervently, desperately asking Allah to give us a cat. But how could we get a cat when our parents were so dead against it, and no stray cat ever came to our house? It didn’t matter, and we made dua.

And the miracle happened.

One evening around iftar time, a small kitty appeared at our doorstep and began to meow incessantly.

We gave her some milk and food – my parents actively participated because how can you reject an innocent creature asking for food during iftar time?

From that day on, she stayed. We named her ‘Cookie.’

Cookie was an adorable, mild-tempered cat, and I still love her very much. My father, who was most actively against the idea of us having a cat, became the one who took the most care of her and became Cookie’s favourite human in the house. In a few months, Cookie gave birth to 5 little kittens, of which four survived. From one, now we had five cats in the house! One calm and patient mother cat and four squeaky little kittens.

Every time I think of Cookie, I feel about the miracle kitty that she is and of how much dua we made to have her.

So remember, if you want something, don’t ask your parents or any human being. Ask Allah, who controls their hearts more than they do themselves!