Islamic Voice 0 November, 2013 12:00 am
Being a Dutiful Child
Abdul Ahad and His Baby Squirrels
Painted Rocks of China 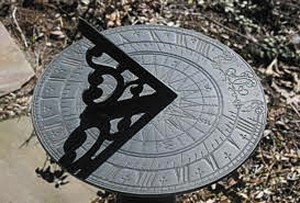 Time can be measured but cannot be defined. You may try defining it, but are bound to fail. No one could do that before. Nor would any succeed in future. Even when the Nobel physicist Albert Einstein was asked to define time, he could merely say: ‘It is a measure to arrange things one after the other.’
Time is measured in seconds, minutes, hours, days, weeks, month and years. For nearly 5,000 years, people have been trying to measure time. They have developed all possible instruments such as sundials, water clocks, hour glass, pendulum clocks etc. Now it has become very crucial to measure time as everything follows a schedule. So we have timers fixed inside washing machines, computers, cellphones, cookers, ATMs, shopping mall billing machines, entry tickets at various places, video games, mixers, treadmills and other appliances.
The first solar calendar was created by Egyptians. In the beginning, after twelve full moons i.e., 354 days, the year was complete and hence the lunar calendar was eleven days short of the solar calendar. This and other anomalies kept on accumulating. Julius Caesar introduced a leap year after every four years. This calendar was reformed by Pope Gregory XIII. Since the solar year was 365 days, 5 hours and 49 minutes, the date for equinox had shifted from 21st March to 10th March. He ordered that Thursday 4 October will be followed by 15th October 1582. Thus Julian calendar was replaced by Gregorian Calendar. n