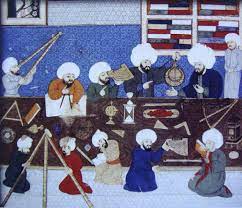 Window to Islam’s Contribution to Knowledge

Islamic Voice 0 March, 2019 12:00 am
Conserving Native Varieties of Rice
No One Is Safe until Everyone Is
Faizal and Shabana Foundation Building Kerala Schools – ‘Crumbling Infrastructure is the Bane’

A visit to Museum of Islamic Science in Istanbul provides a throwback to seminaries, academies libraries and laboratories of medieval empires.