Islamic Voice 0 October, 2014 12:00 am
Why 86,000 Housemaids Ran Away From Saudi Arabia?
State of the World Children
Facebook Use ‘makes people feel worse about themselves’ 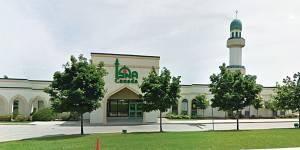 The Islamic Society of North America (ISNA) has condemned the vicious murder of American journalist Steven Sotloff at the hands of the terrorist group that calls themselves “Islamic State of Iraq and Syria” or ISIS. In a statement, ISNA President Azhar Azeez said: “We condemn the continued un-Islamic behavior of ISIS. We will continue to reiterate that their actions have no basis in the teachings of Islam. Their barbaric actions represent terrorism and murder, both of which are antithetical to what mainstream Muslims believe and practice. Our condolences go out to the family and loved ones of Steven Sotloff. We hope that those responsible for his murder will be brought to justice for their crimes.” ISNA had condemned the ISIS killing of journalist James Foley and denounced ISIS attack on religious minorities near Northern Iraq and the Kurdish region. In 2005, ISNA was also a signatory to the Fatwa Against Terrorism issued by the Fiqh Council of North America. This expert legal opinion (fatwa) clearly stated that it is forbidden to commit terrorism and violence against civilians. Those who take part in acts of terror are criminals. The Islamic Society of North America (ISNA) is the largest and oldest Islamic umbrella organization in North America. Its mission is to foster the development of the Muslim community, interfaith relations, civic engagement, and better understanding of Islam.