Dear Sir,
Q: Some people think that to be religious one should be grim, glum, sad and serious. These people never smile or laugh”maybe they think this is a sin and something frivolous and ‘worldly’. They also look sad, strict or even angry. They radiate not love and joy, but depression and negativity. One doesn’t feel happy in their presence. Their notion of God is also similar”they think of God as a grim, serious being who is quick to anger”like some sort of cruel dictator.

What do you feel about this sort of religiosity? Do you think religion should help make us (and those who come into contact with us) sad or happy? What is the use of believing in God if it makes someone angry, grumpy and severe, instead of radiating love?
D. Kothy, Bangalore. 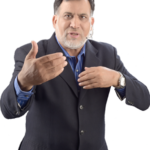 Sadathullah Khan: Thanks for raising such a question. You are referring to some so-called religious people who are living by their own opinions, interpretations and judgments and who see and treat other human beings as objects. The misconceptions of such people about religion that you indicate are common.
The mission of every human being in this life is to seek God’s love. And to love God is to love His creatures. God is ethical, and He expects every human being to relate with Him in an ethical way. Also, God is merciful to His creatures and He expects us to be merciful to His creatures. He is kind, compassionate, loving, just, generous and forgiving so on, and He expects us to reciprocate in like manner. He gives us the opportunity to reflect and manifest some of His attributes and experience this in this world and in the Hereafter. As God is loving, so must we be.
One of the fundamental principles of Islam is equality, which means that we must see and treat every human being as a fellow human being. We are all members of one family. There is no room for discrimination on the basis of external looks, religion, caste, colour, nation, gender, sect or birth. The only criterion are piety and actions based on piety.
The Prophet Muhammad (peace be upon him) said in his last sermon that all mankind is from Adam and Eve; an Arab has no superiority over a non-Arab, nor a non-Arab over an Arab; a white person has no superiority over a black person, nor a black person over a white person. Likewise, there is a well-known Sanskrit phrase: “Vasudhaiva Kutumbakam”, meaning the whole of humanity is one family.
God Invites us to the path of righteousness, but unfortunately some have taken the path of self-righteousness, leading to self-deception, which makes them develop a wrong, narrow understanding of religion.
God warns us not to follow the path of Evil”the Satan (rational mind), meaning the path of judging people based on their externals, feeling superior and looking at others as inferior and treating them as objects. Unfortunately, we find that many who profess the belief in God are unconsciously or consciously walking the steps of the Satan, which leads to arrogance and pride in their behavior with others. They follow Untruth in the Name of Truth, which is reflected in the attitudes that you refer to.
(Questions on life can be emailed to Dr Sadathullah Khan at [email protected])