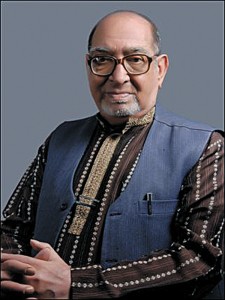 Perhaps no Muslim intellectual in independent India has contributed to the cause of reform within the community and for laying down the firm ideological bulwark for communal amity as did Dr. Asghar Ali Engineer who passed away on May 14 in Mumbai. Engineer who worked tirelessly for over half a century mobilizing tremendous intellectual resources to explain Islam to the Muslims was unique in the sense that he was not merely an armchair intellectual. He was an activist and a restless soul, with an active volcano of energy from within propelling him to strive for an inclusive India.
For a person like me who grew up in an era witnessing intense tussle between several narratives of secularism in India, it was Engineer who stood like a solid rock in support of Nehruvian version of it, i.e., the State distancing itself from all faiths, neither promoting nor interfering with any one among them. It was an era which witnessed major movements such as the Shah Bano campaign by the Muslim Personal Law Board and the Ramjanambhoomi-Babri Masjid by the far right Hindutva forces. Issues such as Rushdie and Taslima Nasreen’s writings, Nicolai’s controversial film and sacrilegious cartoons by the Danish cartoonist, Zakir Naik’s extremely obscurantist ideas and Deoband’s outrageous fatwas, Taliban’s hate-mongering campaigns and arrests of innocent Muslim youth on trumped up charges had kept the pot of Muslim sentiments boiling all through the decades on either side of the turn of the century. But it were Engineer’s writings that constantly counseled us to keep the head right in the middle and resist the temptation to justify one wrong in response to another one. Sane, sober and most sensible in the face of the extreme provocation, Engineer refused to side with any kind of absurdities. His writings with profound study of the Indian society, keen sense of values and deep insight into history would consistently dust the grime and cobwebs off the mirror and warn us of the dangers that lurked behind the false messiahs parroting the religious mantras.
Engineer was an extremely courageous man. Nothing baulked him from calling a spade a spade. In an era when singing paeans of Sharia would look most lucrative, he was the one who took up cudgels against all those who considered it a fixed word and would do it without hurling profanities against the holy and historic personalities. His was a dynamic Islam that recognized the possibility of being a perfect Muslim in a secular State. He did not think that one would be a lesser Muslim merely because he or she contested the blanket assumption of Sharia being Divine. He advocated change in every sphere of life including laws, for laws and the religious rulings of the past were for a specific context and allegiance to them in a changed context would make the life cumbersome and cause social disharmony.
He found the Muslim Personal Law Board dominated with the rigid ulema who would do nothing to ban triple talaq, or stop misuse of polygamy and would continue to insist on husband’s consent even for Khula’a to be effective. He wondered as to how Islam could allow child marriage when the Holy Quran declared the marriage ‘ameesaqun ghaleeza’ (a strong covenant) between two spouses. “How could a child bride expected to stipulate terms and conditions of a covenant at an age when she does not know what the covenant is all about”, he would question. These made abundant sense as several Muslim countries such as Turkey, Tunisia, Pakistan and Jordan had codified Islamic family law. His constant refrain would be gender justice, which he thought was embedded in every commandment of the Holy Quran.
Some of his writings record the bitter experience of dialogue he had had with the ulema but he would still stop short of describing such attempts futile, for he believed in reforming madrassa curriculum which had seen no changes during the last 400 years.
Engineer sahib also differentiated between religion and culture and would counsel against falling in the trap of accepting everything that was handed down by the Arabs. Islam originated in the Arabian Peninsula and could not have unhinged itself completely from social practices that predated Islam. So he would often say while Islam was progressive, the culture in several Muslim countries was rooted in feudalism.
He battled on several fronts simultaneously. A member of the Bohra family, the rebel in him woke up first when he was asked to kiss the feet of the Syedna, the spiritual chief of the Dawoodi Bohra community. He found the practice extremely obnoxious. It was only on the sidelines of a seminar in Mumbai, a maulvi sab close to him, informed me as to how the denial of permission of burial for his father in the Bohra Graveyard, pushed him further away from the community caught in the iron grasp of the extremely authoritarian Syedna. He minced no words in criticizing the unrestrained capitalism which also ‘subjugates the women into a saleable community and cheats her of her sense of dignity’.
He was unorthodox about his opinion and views about people and organizations and appreciated the voice of reform from whichever quarter it came. He twice recommended me personally to go through the bookMaqasid e Shariat by Dr. Nejatullah Siddiqui, a Jamaat e Islami ideologue. I understand he never found himself in sync with any of the several Jamaat’s postulates likeIqamat e Deen or stand against secularism.
In his passing away, the Muslim community has indeed lost the brightest of scholars who for five decades indefatigably interpreted the holy text for our times, who spanned the distance between the antiquity and modernity and never compromised his integrity and commitment for reform. May his soul rest in peace, Ameen!