Abidali Neemuchwala is the new CEO of Wipro, India’s third largest software exporter. The 48-year old Neemuchwala replaces T. K Kurien who has been promoted vice chairman of the Wipro group. Abidali was so far Chief Operating Officer (COO) of the company for the last nine months. He quit Tata Consultancy Services last year after serving the company for 23 years. 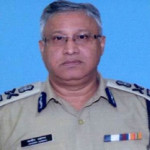 Javeed Ahmed, 1984 IPS officer, was appointed the Director General of Police in Uttar Pradesh on January by the Samajwadi Party Government. 55-year old Ahmed was serving as DG of the Railways in Lucknow. an MA in History, he also served as joint director of the Central Bureau of Investigation during his deputation to the Central Government. He is the second Muslim DGP to serve in the three and half year rule of the Akhilesh Prasad Government. In the year 2000 he was promoted to the rank of a DIG while in 2005 he was appointed as an IG.

Jamia Faculty Elected Editor: Dr. (Mrs.) Sarwat Ali, Associate Professor in the Institute of Advanced Studies in Education (IASE), Jamia Millia Islamia (JMI) has been elected as an Associate Editor in the Journal of Technologies in Education for Volume 11, Issue 4 in recognition of her contribution to the refereeing process for the Journal. The selected has been made by the International Advisory Board and the Managing Editor of the Journal. She has also published several papers in various national and international journals.

Senior journalist Naheed Ataulla of The Times of India and agricultural scientist Ghanikhan are among the 20 prominent citizens who were presented the Lifetime Achievement Award by Karnataka Chief Minister Siddramaiah. Naheed Athaulla is the chief of bureau of the Times of India. Ghanikhan has developed several new varieties of paddy and other crops. Dr. C N Manjunath, Director of the Jayadeva Institute of Technology, Bengaluru is also among the awardees.

Salma Beg, the woman in hijab, has been working as a “gate woman” for the last three years on the level crossing near the Malhaur railway station on the Lucknow-Varanasi section of the Northern Railway. The 22-year old Salma, daughter of a ‘Gate man’, replaced her father who was sick for some time and was not able to work. Salma received the training at the Railways prior to being posted at Malhaur. She puts in 12-hour work from 8 am to 8 pm and takes care of the entire family. She finds the job challenging as it requires high degree of alertness. She would like to take up a course in teacher’s training and would like to become a teacher, if possible in future.

Samiya Khan, 9-year old student of 4th standard in Singapore was adjudged winner of the Hindi Prerna Puraskar in 8-12 year category. Samiya is of Indian origin and is daughter of Muhammad Shariq Khan and Sheeba Khan. Students from North Indian states study Hindi as a second language in state schools in Singapore.

Waleed Khan, a student from Swat region of Pakistan has broken the 150 year-old record by securing 2,400 marks in the Scholastic Assessment Test (SAT) held in California State of the United States. A resident of Swat area, Waleed Khan participated in SAT “ a mandatory exam for getting admission in college in the US – and scored cent per cent marks by getting a total 2,400 marks. He dedicated the honour to his country, Pakistan and all those who embraced martyrdom in the reign of militancy in Swat area. The name of the Waleed with his marks had been displayed on the website by the exam organisers.

Moroccan-Dutch Woman elected Speaker of Holland Parliament
Taroudant: Moroccan-Dutch Khadija Arib of the Labour Party (PvdA) was elected on January 13 as the new chairwoman (Speaker) of the House of Representatives. She will preside over the House for 15 month till March 2017 when next elections are due in Holland.
After four rounds of voting, she came out as the winner with 83 of the 134 valid votes, beating Madeleine van Toorenburg of the Christian Democratic Appeal and Martin Bosma of the Party for Freedom, who obtained 32 and 11 votes respectively. “I’m a very touched,” Arib said, immediately following the acceptance of the presidency of the House. It will be a President of the House for everyone, who will work with great conviction and I will act where necessary,” she added. Arib praised her fellow candidates for supporting her during all the previous rounds. Arib, 55 has been a member of Parliament since 1998. With her remarkable political career, Arib has become the first Muslim to achieve such privileged politic position in the Netherlands.

Obituary: Abdur Raheem Qureshi
Hyderabad: Mr. Abdur Raheem Qureshi, President, All India Majlis Tamir e Millath, Hyderabad and Assistant General Secretary, All India Musim Personal law Board, died in Hyderabad on January 14. Qureshi was elected the President of the Majlis Tamir e Millath, in 1993 after the demise of its former President Sulaiman Sikandar. He was a leading activist in Babri Masjid Action Committee demanding its restoration and reconstruction. An Auditor under the Government, he resigned his post and joined the public service on persuasion from Maulana Khaleelullah Hussaini, the founder President of the Majlis Tamir e Millath. He was an expert in Islamic law. He leaves behind his widow, five sons and six daughters. He was laid to rest in the Nizam Shahi graveyard in Afzalganj in Hyderabad. n