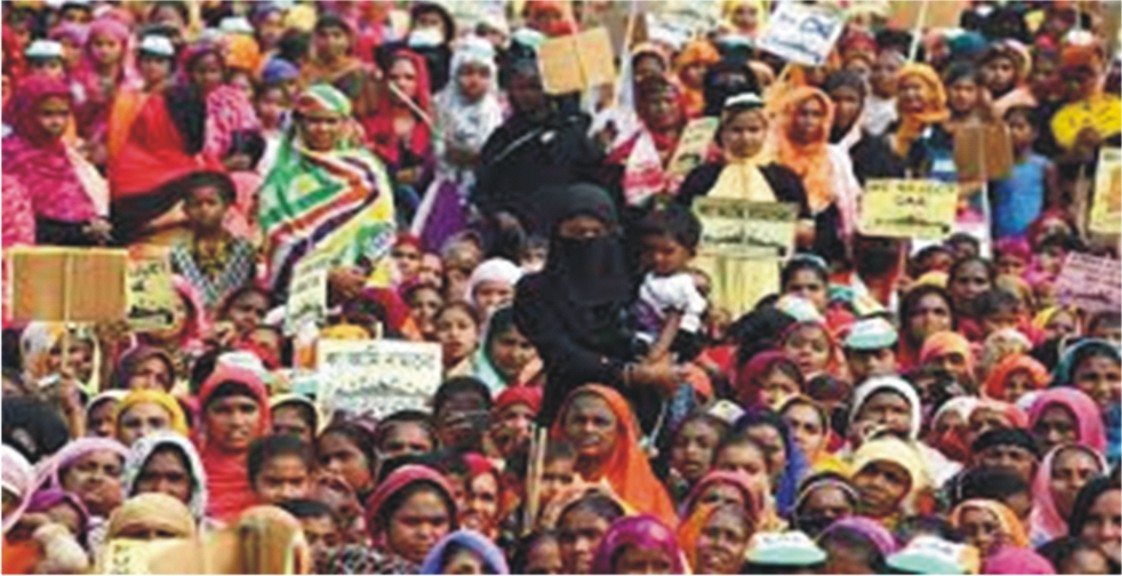 Are the Muslim Politicians Rendering Real Service to the Community

It is usually seen that Muslim political representatives are surrounded by illiterates, sycophants, gundas, and greedy persons who can only do Jai Jai Kar to their master. These sycophants do not allow others to meet the MLA easily. Nobody knows when the MLAswill be available. They will not receive the phone calls and do not ring back. How can we accept such MLAs as our representatives? These politicians should realize that they are not masters of every subject, but unfortunately, they consider themselves as masters of every subjectand ignore the views of the experts. This reflects their arrogance. Actually, they must surround themself with educated advisors who can give them expert advice as is done by politicians in Europe and America. If we read the thinking of our politicians, we find that they are more interested in their personal success than the success of their party. To overcome this thinking all the political parties must make it a rule that no one will be made a minister for more than two terms and for thirty months in each termand not to those above 70 years of age. This way they can avoid revolts and satisfy all the ministerial aspirants. It is shameful to see that in areas represented by Muslim MLAs there are no good roads, no Govt colleges, engineering colleges, medical colleges, Govt hospitals,libraries, reading rooms, banks, post offices, factories, and multinational companies while all these are available in the areas represented by non-politicians. Why is it so? Because they have no learned advisors. Most of our Muslim MLAs do not place and discuss the problemsand views of Muslimswithin their party. They do not discuss the problems with Muslim organizations and intellectuals. They seem to try their best to avoid intellectuals.If a politician spends his ill-gotten money on his supporters, they call him Qaid e millat, Qaide Azam, leader of the community, and massayahof the poor.

In today’s scenario, no single party will get an absolute majority. These are the days of coalitions. Although Muslims are nearly 20 crores they are scattered in different areas. For the success of our representatives, we need the support of both Muslim and non-Muslim voters. This our candidates can achieve only by doing good work in the constituency. There are Muslims in every political party but most of them are semi-literates who are fit only to shout slogans and paste posters. It would be better if educated Muslims join every political party and become the eyes and ears of the politicians. It is common knowledge that our Muslim MLAs do not give importance to Muslim organizations and intellectuals. They take us for granted in such a scenario we Muslimshave to think whether we can also ignore Muslim politicians and look to non-Muslim MLAs to get redressal of our grievances.They will listen to us, respect us, and get our work done. Muslim MLAs should take this lesson before the above ideas take root in the Muslim community. We Muslims must think of different political strategies in different States. If there is any coalition of secular parties in any State, we must support the coalition. In other States where there is no coalition, we must support any one party without getting our votes divided. Here we must also remember that most of the coalitions have failed because of the greed of some politicians. Karnataka, Bihar, and Maharashtra are examples. For the present, we have no other alternative. Just we can hope that the coalitions do not break. MIM and SDPI cannot claim that they represent Muslims because they are one among the other political parties. They are not the representatives and spokespersons of the Muslims. They should accept this truth as early as possible. It is better if these parties try to join the coalitions in every state and leave the leadership of the community to the Muslim intellectuals and Ulamas. Whatever may be the negative propaganda against the Aam Admi Party, it is emerging as a force to reckon with because of its honest administration, free Health care, and free quality education.