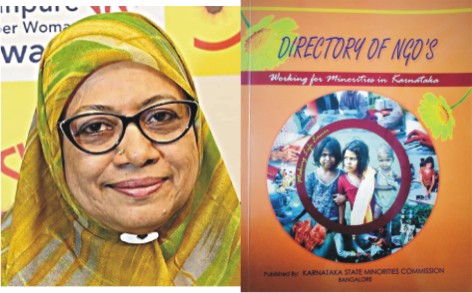 Importance of NGO’S for Socio-Economic Development

Syed Tahsin Ahmed 0 September, 2021 3:43 pm
How a Gaza Christian became a Blind Muslim’s Eyes
Over 73,000 Victims of Disasters in Muslim World in 2015
On a Positive Mission for Women

A Non-Governmental Organization (NGO) is a non-profit, voluntary citizen’s group organized at a local, national or international level to address issues in support of the public good. NGO may be formed and registered as a Society under the Societies Registration Act, 1980, a Trust under the Indian Trusts Act, 1882, or a Company under the Companies Act, 1956. What is generally not known is that an institution registered under the Waqf Act, 1995 is deemed to be a registered NGO and is authorized to seek funds from the Government for implementing schemes that are meant to be implemented by NGO’s. Since the Government finds it difficult to operate at the grass-root level to fulfill the multiple needs of the society, it takes the support of NGO’s whose volunteers are better placed to reach the targeted beneficiaries. There are plenty of schemes of both the State as well as the Central Government with huge budgetary allocation which is earmarked for being implemented by the NGO’s.

Directory of NGO’s
In the year 2008, when I was the Secretary of the Karnataka State Minorities Commission, we had published a Directory of NGO’s working for minorities and had also made a study of the data. The data revealed that among minorities, Christians and Jains actively participated in the implementation of many schemes of various departments of the Government, and they could be called NGO’s in the real sense of the word. Unfortunately, Muslim NGO’s lagged in taking advantage of such schemes. Most Muslim NGO’s depend on internal funding like chanda, sadaqa and zakat collections. Let alone the schemes of various Government departments, many of them were not even aware of the schemes of the Minorities department meant exclusively for the minorities.
In fact, many of the Muslim NGO’s cannot be called NGO’s in the true sense of the term and are more of informal social service organizations. Many of them are not even registered. You often come across a person flaunting a visiting card, calling himself a ‘social worker’ or president of a non-descript organization. There are plenty of them in every city and town. The Directory of Minorities (mentioned earlier) revealed that fields like women’s empowerment, women and child abuse helpline, de-addiction of alcohol and drugs, human rights, animal welfare, environmental issues, civic issues, care of leprosy patients, care of the physically and mentally challenged are very rarely engaged by Muslim NGO’s. As a direct consequence, exceptions apart, a woman facing domestic violence or sexual harassment, a child being abused, or a person facing human rights violation have very few organizations they can approach. There are many other neglected fields of activities too.

Sachar Committee Report
The Sachar Committee Report (2006) points out that “Credible NGO’s, with the necessary expertise, from the Muslim community are few and far between.” In primary education, health, etc., sensitivity to different Socio-Religious Categories is significant while providing services. The Sachar Committee also states: “Service providers face several difficulties in reaching out to the Muslim community for various reasons, ranging from a sheer lack of understanding of issues particular to the community to lack of Muslim presence in the organization and a sense of suspicion which the community may have towards them. It is alleged that in many situations, the service providers have inherent biases and show resistance to reach out to the community”. To play an effective and positive role in the development processes, it is of utmost necessity for minorities to have credible, healthy, and active NGO’s in every sphere of activity. Otherwise, they will lag behind in the development processes.

AASRA
Speaking about exceptions, an organization called “AASRA” in Bangalore provides temporary shelter to distressed women and children and has a 24-hour Helpline (1515) to help women requiring emergency help. A team of counselors provides the victims with appropriate support, including legal aid. The Founder president of this organization Ms. Sajida Begum has received several awards and accolades for uplifting women of marginalized societies. The awards include the Kempegowda award (2014), Rani Chennama award (2016), and the Sunpure Superwoman award (2019). We need such organizations in every district and every State.

Successful NGO’s
Irrespective of the fact that the study by the Karnataka Minorities Commission revealed abysmal participation of Muslim NGO’s in State and Central government schemes, there are many Muslim NGO’s both at the State level as well as at the National level who have been highly successful in their own way and are doing yeomen service, especially in the field of education. There is no denying their achievements. May their tribe increase.