Girl who cried over felled trees made Manipur Green Ambassador

The Manipur government has appointed a nine-year-old girl as the state’s green ambassador, less than a week after a video of her crying for two trees axed for a road-widening project went viral. An order from H. Balkrisna Singh, Manipur’s Director of Information and Public Relations, on August 7, said Elangbam Valentina Devi of Hiyanglam Makha Leikai in Kakching district had been made the brand ambassador for the Chief Minister’s Green Manipur Mission and all official tree-plantation activities taken up in the state. This, the order said, was in recognition of her immense love and affection for trees and for generating mass awareness on conservation of the environment for a “period of one year from the date of issuing the order.”
A Class V student of Amutombi Divine Life English School in Kakching town, about 45 km southeast of Manipur’s capital Imphal, she had planted the saplings of two Gulmohartrees by the side of a river when she was in Class I. She had been tending to the saplings, which grew up into healthy trees in about four years. One Saturday, the two trees, along with other vegetation, were axed for a project to widen a road beside the river. A videographer filmed her crying over the trees.
“I saw the video of this girl crying like anything, as if someone very near to her had passed away. Her feeling for two felled trees, which we adults would probably not think much about, moved me. I asked Yengkhom Victoria, the district’s Superintendent of Police, to meet her, console her and give her at least 20 saplings to plant at a suitable place,” Manipur’s Chief Minister NongthombamBiren told The Hindu. But he felt this was not enough. “Later, I realised there could not be a better ambassador than her for the Green Manipur Mission we had launched in June. Her passion for trees at such a young age was so infectious that I took a decision to have an order issued and hand it over through government officials to her,” he said. 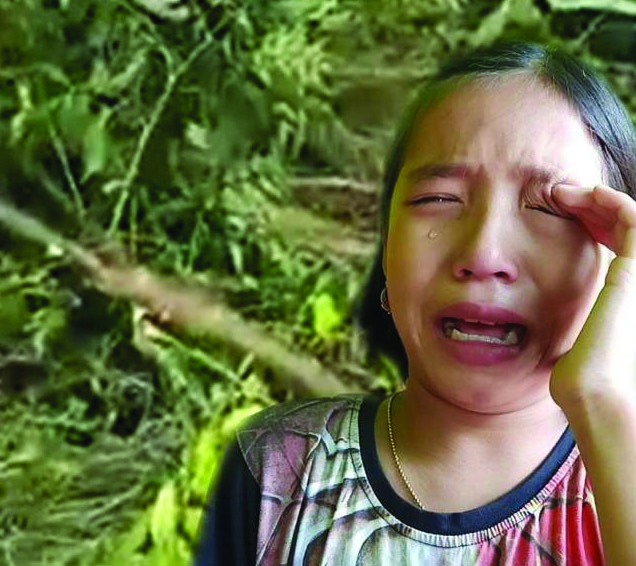